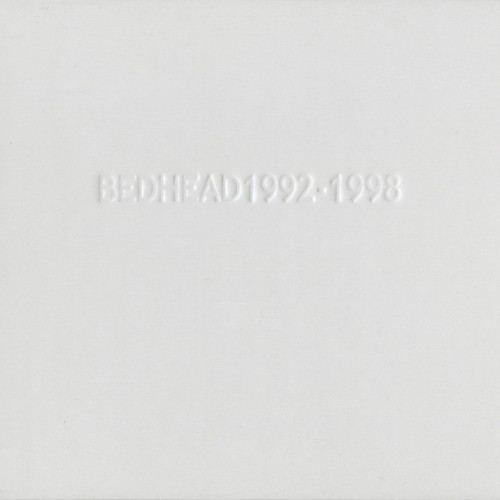 Bedhead only existed for seven years, released just three albums and it could be argued that their impact on music since the band split in 1998 has been minimal at best…yet this Texan five-piece are one of the best bands you’ll ever hear. No-one makes bands like Bedhead anymore, and that is a crying shame.

Full disclosure: I love Bedhead unreservedly and have done since I heard the band’s third and final album, Transaction de Novo – a record that doesn’t quite tell the whole story of Matt and Bubba Kadane’s incredible band. So let’s skip back to the beginning of this journey through Bedhead 1992-1998

1991 saw the formation of Bedhead, the Kadane brothers joined by drummer Trini Martinez, third guitarist Tench Coxe and bassist Kris Wheat but it wasn’t until 1993 when they were signed by much-missed label Trance Syndicate that the band truly started to light fires. “Fires” is perhaps stretching it, though. If there’s anything that defines the Bedhead sound it that there’s a certain laziness to what they did. Matt Kadane’s vocals – you’ll note I don’t say singing voice – are half-hearted in the most wonderful way, conversational yet talking of big things like loss, depression, religion….taking the complexities of life and delivering them in the most accessible or simple fashion.

And that applies to Bedhead’s instrumentation; for a band with three guitarists and constantly interlocking grooves, the lines of the Kadanes and Tench Coxe are distinct and clear. The Kadanes took care of the pyrotechnics (when they arrived) while Coxe, a fairly introspective character due to the death of his father at a formative age, was happy to keep it basic and stay out of the limelight. On bass, Wheat switched between the easy and the artful, while Martinez was on the face of it little more than time keeper, but for a band that relied on pace timing was everything.

Things came together perfectly for Bedhead’s first album; WhatFunLifeWas, released in 1994, found a band fully-formed and control of their sound. First song, first album….Bedhead was defined. “Liferaft” begins with slowly-unwinding guitar lines, barely making their way out of the speakers while Matt Kadane sings “the bed at night is a liferaft / in the ocean of the dark / I hang my hands over the side / pray to God knows what” already worn out by life. The song ends in a crescendo of stormy riffs, immediately belying that slowcore tag. More so than the likes of Codeine, Medicine and Low, Bedhead were always more prone to pedal-stomping or turning up the volume like fellow travellers Silkworm, and “Haywire” confirms this: Coxe staying focused on a choppy rhythm, Matt picking out the complex chords and brother Bubba taking care of nascent soloing and noise. While the Kadanes would spend hours perfecting this sound away from the studio, when it came to recording it Bedhead would play live in the studio, minimal overdubs, and that’s perhaps why this music – quiet, personal, solo as it is – still has as much life in it twenty years later.

A song like “Bedside Table” encapsulates what the Bedhead sound and philosophy was; inspired by Matt’s memory of his brother hitting his head, the song takes an actual past event and weighs it down with meaning: “You cut your head on the bedside table / your temple bled as you were unable / to remember the lines of what you were reading / about someone deciding to quit speaking”. The music is also definitive Bedhead: restrained precision that’s beginning to fade from view, order emerging from not-quite-chaos, a directionless purpose if you will, the mundane mixed with the explosive. So that’s why, on WhatFunLifeWas (that title!), we have “The Unpredictable Landlord” – a song about shitty living conditions – sitting comfortably next to “Crushing”, a song about being close to giving up completely about life. It’s an album that almost perfectly nails how beaten down one can get about the big and small things in life; a record that requires solo listening locked away in a room away from the problems that Kadane is singing about.

1996’s Beheaded deals in the reality and aftermath of releasing yourself from that locked room; a darker and much more introspective record, the tone is set by the gloomy title track. Death March guitars play slow and low chords as Matt sings “I don’t know if it’s worth it / I don’t know if I should keep trying / when most signs point to giving up”. The release isn’t immediate. On WhatFunLifeWas there might be an explosion of guitars, but “Beheaded” drifts on for five minutes, the only light being a gorgeous change in melody where the guitars suddenly chime and percussion twinkles. “The Rest Of The Day” reluctantly and sleepily addresses the existence of life and the need to interact in some way (“but there was no use ignoring the rest of the day”) and follows the same pattern as the previous song of patience without obvious reward. Yet there is so much happening on these songs; if the Kadanes and Coxe hadn’t already perfected the melding of their guitars then Beheaded was the moment they crystallised those thoughts. “The Rest Of The Day” is one of Bedhead’s best, slowly unfolding, using the six-plus minutes wisely and when the lyrics aren’t telling the story the music is doing it for you.

“Left Behind” saw Bubba’s first vocal and it was no surprise to find him sharing tone and approach with his brother: “if I could open my eyes I wouldn’t do it” sounds both lazy and defiant, and captures the sound of the album. Beheaded remains the band’s best album with a series of the best songs from the Kadanes’ career. Alongside “Left Behind”, we have the playful “Smoke” which jangles then switches back and forth between improv and structure (it’s no surprise to learn Bedhead partially recorded then scrapped a jazz album), “Roman Candle” is as sweet a pop songs as they ever wrote, tinged with country sadness and a nod to the theme of Beheaded: “a Roman candle’s got no direction”. We’re looking for escape here, but nothing’s changing enough to allow it. “Felo de Se” (or “felon of the self”) is the most upbeat song about considering suicide as you’re likely to hear, but for happiness…read mania. The album ends as it begins, back in that room, but with a sense of perspective; there’s a peace about “Losing Memories” that’s not to be found in “Beheaded”, a gentle touch in those distant guitar strums and mumbled vocals that soothes the head and lightly touches the heart. A beautiful end to a perfect record.

While Stars of the Lid and A Winged Victory for the Sullen’s Adam Wiltzie engineered and helped contribute to the sound of Beheaded, Steve Albini’s production skills heralded a new-ish sound on the third and final Bedhead album Transaction de Novo. An intense engineer meeting a band whose intensity was beginning to apex meant this record, it was recorded in ten days and found a band happy to mess around with their sound and approach. Both heavier and distorted than before, yet cleaner and finding Matt at his brightest and distinct as a singer, open to the reality that things do change and you can in fact escape. “More Than Ever” has Bedhead at its heaviest, those crisp guitar lines bending out of shape with distortion, Martinez’s drumming booming, Wheat anchoring everything with his low end. “Parade” follows suit, lurching with feedback and distortion and returning Bedhead to the start of their career with explosions of noise that – this time – you know are coming, and when they do it’s louder than Bedhead has ever been. By the time we reach “Extramundane” the band has given up on restraint and over-thinking (reflected by Kadane’s “I haven’t tried meditation / or completely closed my eyes / I haven’t given up my reason / and that’s worth a try”) and is embracing the immediate, and it’s glorious.

And just as Bedhead were embracing the immediate and what they were (a rock band), they called it quits in 1998 just a year after Transaction de Novo was released. Whether it was down to finance and the non-stop touring cycle to make any kind of money, or Matt’s alleged frustration at his band’s name and how it was hijacked by hair product companies, it’s never been quite clear. However, does it matter? Perhaps Bedhead reached its natural conclusion with their third record, it could just be as simple as that. But as a bonus for joining the band on this retrospective, Bedhead 1992-1998 adds a disc of the band’s singles, EPs and B-sides. There are no great surprises here as we get 1994’s 4Song and 1996’s The Dark Ages EPs, the highlights of which are the gorgeous chimes of “Heiszahobit” and the driving metronome of “What I’m Here For”, plus a rather nice slo-mo version of Joy Division’s “Disorder”. There is also a terrific, fractured 7” take on “The Rest Of The Day” that just about beats the brilliance of the album version.

The Kadanes would go on to form the excellent The New Year, a band not very far removed from Bedhead’s roots (and I’d heartily recommend Newness Ends and The End Is Near) and more recently Overhead, with Pedro the Lion’s David Bazan and Will Johnson of Centro-Matic. A new record from The New Year is expected in 2015, if Matt Kadane’s role as Associate Professor of History at a US college allows it.

I’ve not compared Bedhead to any other band from before their time, and that’s because it’s hard to say who they might sound like. They could take structures from Velvet Underground, their use of noise from MBV and a lyrical approach from Dean Wareham but they don’t sound like any of those. A rock band like no other before or after, Bedhead were never quite so angular to be math-rock, never quite “slow” enough for slowcore and never so in thrall to effects pedals to be shoegaze. Never a note wasted, nothing done without a reason, they were, and will always be Bedhead…as good a guitar band as you’ll ever hear.