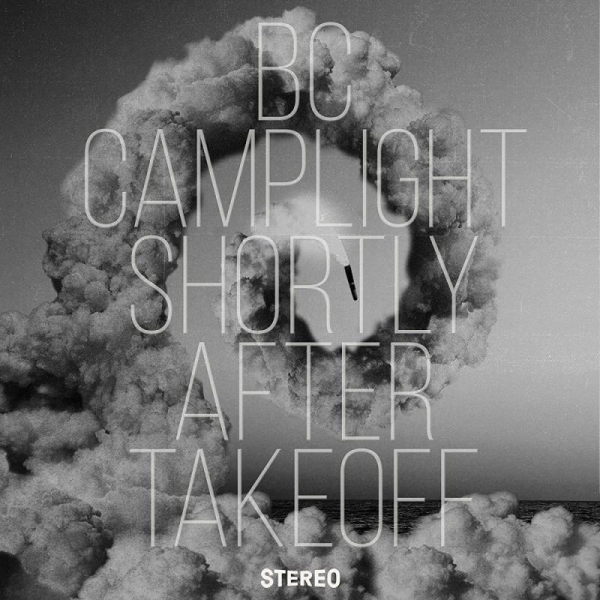 Misery loves company they say, misery is also a massive fan of Brian Christinzio, otherwise known as BC Camplight. After building up a following in the States with his first couple of albums (Hide, Run Away and Blink of A Nihilist), he crash landed in Manchester from Philadelphia in 2012, coming to prominence with notable third album, and the first of a trilogy dedicated to the North of England, How to Die In The North in 2015.

Soon after release he found himself deported from the UK for overstaying his visa due to unforeseen medical issues, a stroke of bad luck which resulted in a postponement of his marriage and a temporary stay in Paris while he secured European Citizenship through Italian grandparents. All of this is a bummer, but it did inform the borderline masterpiece, 2018’s Deportation Blues, a sublime collection of anxiety laced grump- pop, plaudits rightly followed.

The move to the UK has shape-shifted his sound from something which sounded like The Carpenters dragged through a hedge backwards, to the kind of overly candid electronic pop sound which has made the last three John Grant albums so essential. Now, despite beating Brexit, his plans to tour an album have again been derailed, this time by Coronavirus, however this gives the listener quality time to get acquainted with this fifth album, and final part of the Manchester trilogy, there’s a lot to take in.

Shortly After Takeoff is Christinzio’s most conversational album, he explicitly shares tales of his mental health, depression and neurological issues with a very Lancastrian kind of sarcasm. The first words on the doo-wop, Country & Western, Trip-Hop circa 1997, heavy metal riffing of "I Only Drink When I’m Drunk" being “This afternoon I thought of Buckfast, and space / and danced around my kitchen singing Ace of Base”, the murky claustrophobia of the verses are aggressively replaced with the catchiest ever chorus about sinking further into the abyss, with added vocoder.

"Ghosthunting" begins with a spoken word piece stressing about his anxiety and the death of his father, the introduction of canned laughter adding a delicious dark humour. The beautiful pluck of strings on the verse twist into sax-led electronic scuzz while he muses about ghosts that look like Pavorotti, Rachel Riley from Countdown, buying a car, stopping off at the Arndale Centre in Manchester, realising he was “A little shit to everyone” on a flight back to Philadelphia, and a humorous exchange at a funeral with a cousin who “Asks me in small talk ‘Are you making the people dance?’/ I said sure, and thought to myself - who does he think I am, Tame Impala?”.

There are numerous stylistic transformations throughout, done by many others this would result in a jarring listen, elements which would never be fused normally are thrown at each other and work. "Back To Work" incorporates dubstep wobble, Brian Wilson circa 1972 vocal harmonies, Phil Spector-esque aural expansions, and gorgeous acoustic pop. "Cemetery Lifestyle" sounds like a jam over a 1982 Prince B-side, throwing ACDC guitar noodling, Flaming Lips-esque psych, Theremin sounds, fizzing organs, a false ending halfway through, and a euphoric harmonic vocal key change straight from the Best Of ELO, all casually masking a song about crippling panic attacks. Fear, this time of flying exacerbated by an adverse reaction to medication on a plane over the Pennines is addressed on the title track, accompanied with the kind of poetic Americana Van Dyke-Parks and Brian Wilson conjured up for the Beach Boys 1967 opus Smile, the warm chillwave synth atmospherics giving a deceptively warm sound.

The swaggering "Born To Cruise" is everything Arcade Fire have tried to achieve since they swapped church organs for disco and cheap album campaigns. In its four minutes he crams driving 80’s rock beats, female vocals cribbed from The Shangri-Las, and a camp as hell piano solo even Meatloaf would describe as too much, while chronicling the journey from Crewe to Chester Zoo in a car that smells of poppers while pissing off fellow drivers by accidentally leaving his taillights on.

A mastery at hooky misery and wonky weirdness, Christinzio also knows his way around a straightforward piano ballad, the soaring "I Want To Be In The Mafia' is a grandiose piano and synth led epic which channels Harry Nilsson’s pop-desperation and dusts it with the monochrome romanticism of 1960’s British kitchen sink dramas, while managing to enthuse about Oldham chip-shops.

As well as unpredictability when not fretting over his inner psyche, he documents some real mundane stuff, executed with astonishing beauty, as shown on "Arms Around Your Sadness", the normality of the lyric “We must have ordered something – there's a man at the door / some vegetable peeler thing I don’t recall ordering” is beyond banal but so relatable because it’s so true.

Sure, his prowess in mope-pop makes for a voyeuristic listen, but on Shortly After Take Off he invites us to take a twitch of the curtain obscuring the life of Brian from the outside in, and it’s a spellbinding and utterly wonderful thing.