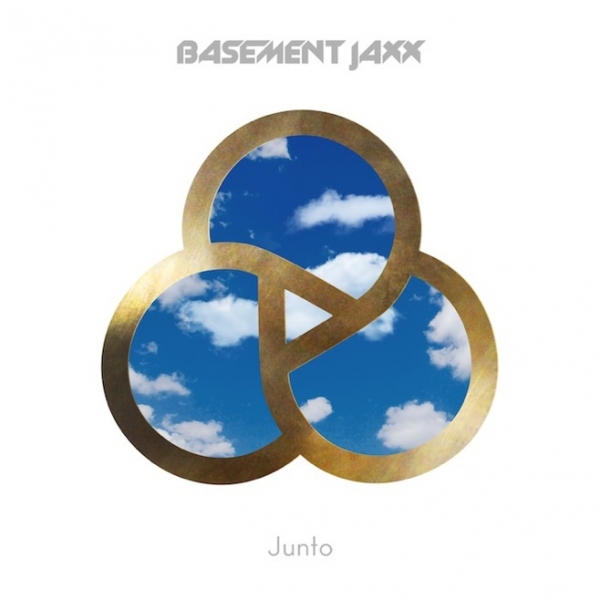 A look through Basement Jaxx back catalogue reveals a band who has the spirit of a carnival running through their veins: The hypnotic, sun-soaked shuffle of early instrumental “Samba Magic”, the dreamy bounce of Balearic dance-ballad “Romeo” and the confetti cannon explosion of empowerment that was “Do Your Thing”. Here was an act who took electronic dance music and blasted it with brass over a decade before Rudimental became a festival staple, in between releasing more expected, but equally exciting hits. Junto (Spanish for together) is the duo’s seventh studio album, and arrives twenty years after “Basement Jaxx” – the Brixton club night that started it all. But despite their five year siesta in between albums, twenty years of partying appears to have resulted in staying out for the sake of it, rather than for the initial buzz that made it new and exciting.

It’s not to say that Basement Jaxx (Simon Ratcliffe and Felix Buxton) slow proceedings down, but where early albums were alive with influences and genres creating a parade that delighted with each step, tracks on Junto merge into each other all too often, becoming background melodies when they should be at the forefront of the party. Recent single “Never Say Never” (co-written with and featuring vocals by ETML) combines bolshie beats with ‘90s house keys, and could quite easily soundtrack a Brit’s week in Ibiza or Ayia Napa, but so could a prime example of something Example churned out in an evening, while “Unicorn” lacks the magic a track with such a title should have, despite switchblade synths and demands of “clap your hands!”. “We Are Not Alone” showcases lyrics that lack originality regarding the content (“...give me contact”), but is interesting musically, with huge,marshmallow beats and hints of magical Disney soundtrack moments elsewhere.

The natural elements that bring the carnival to life are evident, however. “Power To The People” throws steel drums into the mix for a track that builds up from humble beginnings on the horizon to the full scale of the crowd during the chorus. Lines of how “If we come together we can do something amazing” push the positivity on a number which should take pride of a place on their next singles collection, and could warm up a crowd during one of their undeniably energetic live sets. Disco chic fuels “Summer Dem”, which is surprisingly sung with a strong Scottish tongue (not the first place that springs to mind when thinking of summer) and, like “What’s The News”, is reminiscent of the playful vocals of “Hush Boy” and “Oh My Gosh”.

At almost six minutes long, “Mermaid Of Salinas” is the highlight of the collection – an epic, flamenco flavoured tale which doesn’t fall victim to unimaginative lyrics or samey beats, but is instead the essence of Basement Jaxx: Bursting with life, original in its substance and familiar in its style, lacking the jagged edges of “Red Alert” or “Good Luck” but bringing the samba magic back. Drum and bass is dipped into during the heavy-footed stomps of “Buffalo” (unimpressively) while the other end of their spectrum is used to produce chilled ballads “Something About You” (perhaps “Romeo” is as slow as they should go) and “Love Is At Your Side” (an impressive impression of how the euphoria of “Circle Of Life” would sound if covered by Zero 7), but it sometimes feels as though the sun has risen and those attempting to keep the party alive are fighting a losing battle. And a carnival with fighting of any kind is surely missing the point.