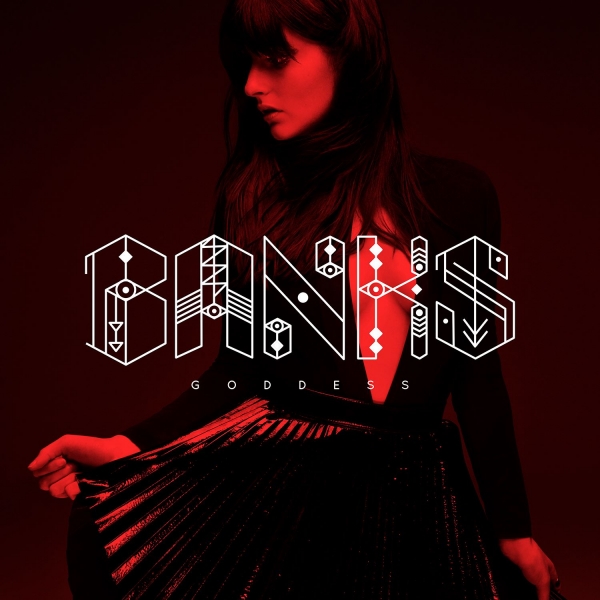 During the dwindling light of 2013, we plonked LA singer-songwriter Jillian Banks onto our Ones To Watch list; quite rightly so, in hindsight. She’s had a scorching year, carpet-bombing the airwaves with stellar cuts, neo-R&B enchantment and some of the biggest, brashest, ballsiest pop in yonks. Banks lurches from goth-twanged maestro, to “It’s allergies, I swear,” balladeer, to smirking femme fatale with all the grace and poise of someone who’s been playing the game since we were all in nappies. She’s forged bonds with some of the cutting-edgest producers on the planet, and she possesses an avalanche of a voice. What’s not to love?

We’ve been waiting for what seems like aeons for Banks’ debut LP, Goddess, but finally, on the brink of summer’s demise, it’s getting a release.

“Beggin For Thread” is a hefty haymaker of electro-pop. Its bassline is pure dancefloor-bait – think a “Bad Romance” or an “S&M” – and the beats skitter like Bambi on ice. She wields a menace that earlier efforts didn’t possess, and it’s utterly bloody glorious. There’s an energy to it that makes us tantrum for more. On the flipside/other end of the spectrum, we see her dabble in acoustic semi-folk-pop on “Someone New”. It’s like a B-side to Nelly Furtado’s “I’m Like A Bird”, with breezy fretwork and an emotional weight. Like much of her material, it’s hellbent on heartbreak, but the reliance on sadness isn’t of detriment; there’s a strength in her music. She draws positives from the immense negativity.

Though this is a rather impressive record, there is one major flaw: doesn’t it all seem familiar? “Brains”, “Warm Water”, “Waiting Game”, “This Is What It Feels Like”... we’ve heard so much already – roughly half of the 14-track (18 on the deluxe) record – that the amount of freshly unveiled sonic ambrosia is minimal. There’s still some new stuff to devour, and the already-heard tracks are incredible, but it’s a bit of a rip-off if you buy an album, only to find out that you’ve already forked out for 50% of it on other EPs and one-offs. Isn’t it? Perhaps there’s a naïveté in expecting anything more from labels nowadays. Perhaps we’re just greedy sods who’d love 18 virgin solid-gold bangers from Banks.

Since Banks has entered our lives, we’ve been smitten. Despite that, we’ve removed the rose-tinted specs for Goddess, and it’s still turned out to be a rampaging success. This is (at least) the second mammoth R&B effort this summer, but while FKA Twigs may be the R&B-er for the intelligentsia, Banks has a universal appeal that’ll see her soar to the tops of charts, into high-profile festival spots, and slide into awards season like she’s covered in butter. Ea venit, ea vidit, ea vicit.