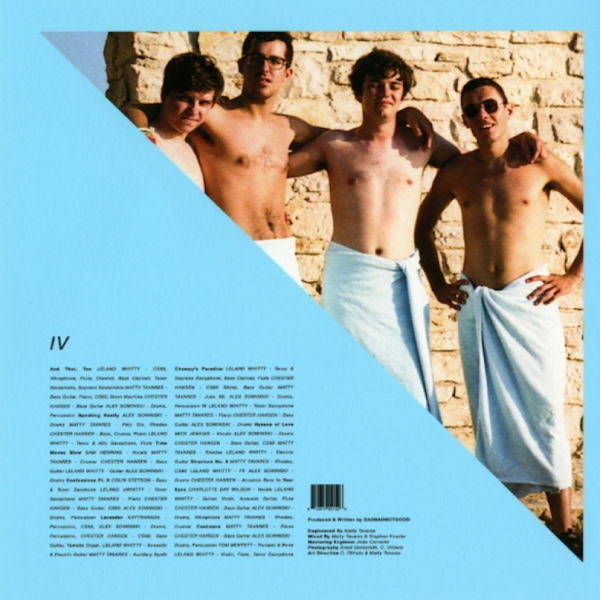 BADBADNOTGOOD can be illustrated as a band by the last track on their first ever album.

BBNG1’s "Glasper" is a homage to the modern jazz pianist who’s famed for his compositions and covers alike. But BBNG’s moody homage is top and tailed with a spoken intro by unlikely idol Tyler the Creator, and features an outro of BBNG drummer Alex Sowinski ranting about jazz standard “Giant Steps” (“fuck that shit, everyone’s played it, it’s 50 years old… write a new song, and stop playing that god damn song… it’s fucking boring”. It’s hard to imagine Glasper spouting off with quite the same sentiment. But for a free album released via bandcamp, BBNG1 was a punchy way into a world that wasn’t exactly saturated with jazz blogosphere crossovers.

But with a few inconsistencies aside, BADBADNOTGOOD built their career off of their music taste. Reinterpreting Tyler The Creator, James Blake, Dilla, Flying Lotus, even Zelda tracks; they were covering music they liked and wanted to listen to, and opened up jazz to an audience that might not have otherwise engaged with it. It didn’t take them long until they were playing with those they’d previously revered; after live performances with Tyler and Earl, they then produced a whole album with Ghostface Killah. Since then they’ve worked with Kaytranada to give his rhythm section a spruce and leant their expertise to many others. But with all of these love letters to other music, it took longer for their own compositions to find ground. iii featured more original material which was good but lacked the standout of their previous works. IV is the first that really sounds like a coherent album that could be as successful as the collaborations that came before.

And these past collaborations were crucial to finding their latest album’s sound. Ghostface Killer and BBNG's Sour Soul, which was in turn informed by the rapper’s work with Adrian Younge before it, forced a semi-theatrical theme, with drums that sound recorded in a poorly insulated shed half way through a Tarentino action scene. Working with and being influenced by so much hip-hop means their jazz has an added focus to it; restless and swaggy, drums often leading the action. Hints of what could be started with their 'reinterpretation' of the Future Islands track "Seasons" - effortlessly transfiguring the energy in Sam Herring's original vocal into a Motown era hearbreaker. It's an incredible take on an already famous original, and yet it breaths completely new life into it.  IV can be sluggish in places, but is a big step up in craft; songs are less rambling, and part of this comes from the understanding and structure that vocals bring. Charlotte Day Wilson’s delivery on "In Your Eyes" is classic soul without the danger of it eeling cheesy. Elsewhere Sam Herring's pained vocal on "Time Moves Slow" is slick and forced along with an amazing bit of gentle yet pacy drumming from Sowinski.

Opener ‘And That Too’ opens with this alien, almost oriental melody that slowly weaves its way around a multitude of new textures: flute, piano, synth, drum pads, woodwind, glockenspiel/xylophone, sax. An overture for the mood of IV. ‘Speaking Gently’ then feels like the real intro, like an opening to a 80s TV sci-fi show. Alluring and speedy. "Cashmere" rounds off the album with gorgeous string sections and a spritely piano, taking you straight to a west coast pool party. There’s a richness to IV which was not present on their last record, and it revolutionises their appeal. This additional layer of production, one that harks to film soundtracks, classic soul and instrumental hip-hop, as well as retaning enough classic jazz for fans who have seen them through from the Bandcamp days, takes Badbadnotgood camp away from being just that trendy jazz act and into the realms of sonic craftsmen.