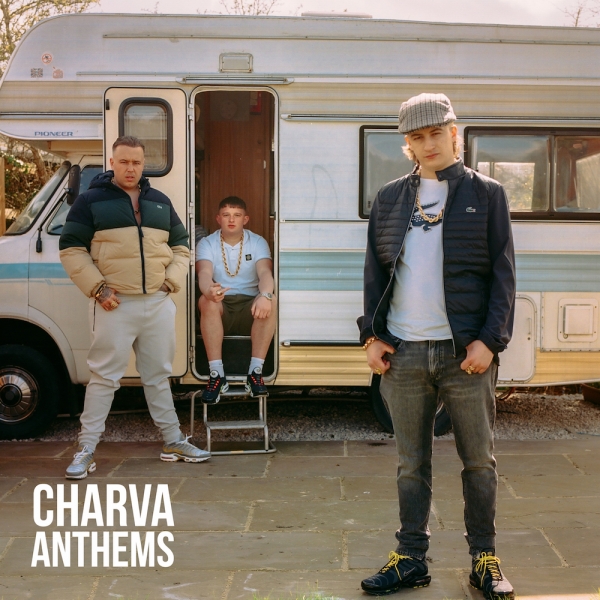 The Bradford bassline trio Bad Boy Chiller Crew’s new EP Charva Anthems is proof they’re not messing around. After single “Don’t You Worry About Me” crept into the UK top 40 charts at number 37, the BBCC are here to bring the noise to the masses.

The wicked and outrageous humour that helped the BBCC rise to prominence in the late '10s returns with full wack on Charva Anthems, alongside some brilliant early '00s inspired banging bassline beats that the BBCC utilise so extraordinarily well.

It’s no secret that the lyrical themes the BBCC utilise are absolutely heinous, atrocious, and practically criminal. The trio are certainly not the type of people to aspire to, but that fact alongside their almost genius sampling of early '00s bassline tracks make them so interesting and unique in today’s wild times.

Before the Bad Boy Chiller Crew, bassline was like mullets to most people – totally outdated and a hallmark of a strange moment in time to look back and joke about. BBCC are not only bringing classic party bassline back into fashion, but also mullets thanks to band-member Clive.

Charva Anthems now adds 6 extremely entertaining and upbeat tracks to the BBCC’s discography including features from 27 Northside. Alas, it's easily the worst of the album as it abandons the iconic bassline sound that makes the BBCC’s gentle MC flow-style of rapping work so well. It just doesn’t sound right without that weaponry.

That’s not to say the BBCC can’t experiment and find new ways and styles to accompany their rapping style, but drill and grime rapping only works with drill and grime beats, so the same clearly applies to the BBCC style of bassline rap. It just sadly won’t work without bassline.

With that in mind, this EP doesn’t sound exactly the same as their 2020 mixtape Full Wack No Brakes. Charva Anthems sees lyrical sampling being strongly utilised on tracks such as the lead single, “Clothes” and “Get Out My Head” alongside a slightly tamed down approach towards their regular glorification of violence and drugs. That being a good thing depends on who you are.

Despite not being their strongest body of work, Charva Anthems is a great continuation of the Bad Boy Chiller Crew’s unique, outrageous, and unrepeatable journey of shock-humour lyrics and gritty bassline beats. Geet up charva!