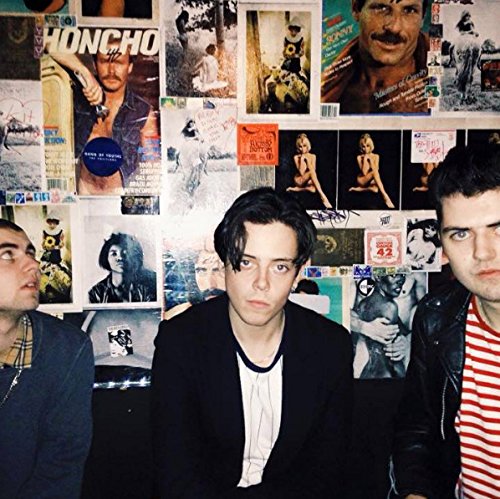 Glaswegian three-piece Baby Strange first burst onto the scene in 2013 as tour buddies for the then-hyped Palma Violets. It’s taken them three years to finally release their debut album, Want It Need It, but, in that time the hype surrounding their former tour mates has long since passed. So, what does this mean for their future?

Well, it shows that Palma Violets knew that their lifespan would be short, so they released an album at the peak of their hype - they wanted to enjoy their moment in the sun before it started to burn them - whereas Baby Strange were willing wait in the shade while their own moment in the limelight slowly started to disappear.

Maybe that was a smart move, though. After the sun had set on them, there would be no pressure weighing them down, and they could revel in the nighttime before the dawn of daytime jobs inevitably hit. But, fiercingly trying to avoid the future only leaves Want It Needs It indulging in too much of the past, meaning that we’re left with a sound that's as tiresome as it is familiar.

“Pleasure City”, “Friend” and “Trouble” prove that it’s a polished and catchy album that could easily have caught the attention of green-eyed major label-types, yet still managed to slip through their net. There are two saving graces – the generational disdain of “Pure Evil” and the melancholic exhaustion of “Californian Sun” – but, for the most part, you can file it next to Spring King, Catfish and the Bottlemen and the rest of this year’s bloated and uninspired rock music. It feels like Baby Strange have spent the last three years trying to prove there’s more to them than just a couple of half-decent singles, but Want It Need It confirms that, unfortunately, there’s not.