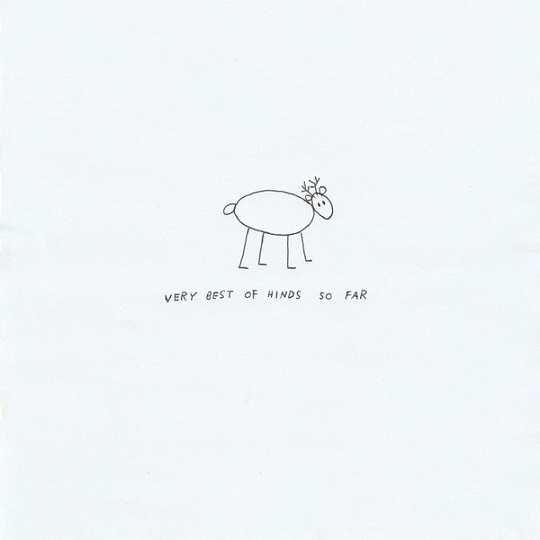 Despite the hype surrounding them, Hinds seem as unfussed about it as they did when, for legal reasons, they had to change their name from Deers. Yet The Very Best Of Hinds So Far is a thrilling reminder of why they warrant such fuss. Like all great bands, they have that last gang in town spirit about them, whilst also retaining an inclusivity in their joyous music.

They’ve been described as a garage band, but Hinds don’t slot easily into a pigeonhole, indeed the tunes here could have appeared at any point in pop music’s history. “Castigadas En El Granero” has a Buddy Holly feel, its introductory guitar chords and bass notes are then joined by swaggering drums and before the singing swoons in.

With its surf guitar motif “Chili Town” would be a brilliant addition to a Quentin Tarantino film-soundtrack and, like their soul-sisters Chastity Belt, they write about the joys of going out and having fun with an acute eye and genuine sass - "I am swimming in the dark, because all your friends are sharks… All that I’m asking boy, is you to make a move".

“Trippy Gum” with its shifts in tempo delivers the trippyness of its title wondrously. Carlotta Cosials and Ana Perrote’s voices, as is often the case, alternate on lead vocals and intertwine with each other naturally and without effort.

Like The Smiths Hatful of Hollow, The Very Best Of Hinds So Far is a perfect snapshot of a band's first steps. How they’ll top these songs on their debut album one can only imagine, but given their natural grace it feels inevitable that they’ll do so.

With this collection of songs, Hinds and their music display charm, energy, wit and timeless tunefulness – everything that great pop music should be.