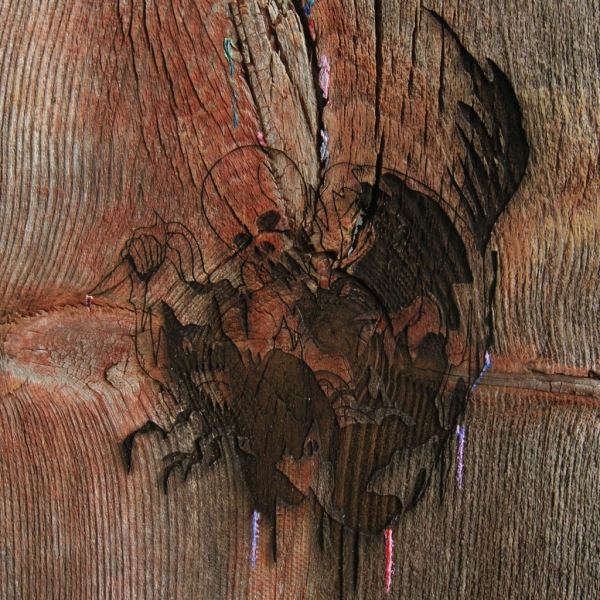 Horror is the most difficult of genres to achieve greatness in. 90% of all horror films are either flimsy, tedious or filled with totally hackneyed cliché. To give cinema-goers a genuine fright these days takes some doing as audiences have become passive in the face of the supernatural and desensitised to human violence. But for the 10% who manage to give you the genuine creeps, creating a sinister paranoia that plagues your conscious and unconscious mind for days, if not weeks, afterwards, horror can be a sadistically thrilling experience.

Back in 2012, before the release of Centipede Hz, Animal Collective’s David Portner sought a change of scenery and switched New York for life in L.A, with the aim of improving his lifestyle by embracing gardening, cooking and hiking. Then he got ill. Throat infections and bronchitis led to cancellations of tour dates with Animal Collective and a long spell recuperating at his new home. Taking inspiration from his love for horror movies, Portner began prepping material for a new three-piece featuring his partner Angel Deradoorian (ex-Dirty Projectors) and Jeremy Hyman (Ponytail).

So is Enter The Slasher House scary? No. Not in the same way that Sisterland gave you the actual willies, but Avey Tare’s Slasher Flicks aim to create a different version of horror that we’ve become accustomed to. Enter The Slasher House is more of a goofy haunted-house fairground ride rather than a stoned session on Slenderman. A sweet pop song like “Little Fang’” won’t have you diving under the covers, but the creeping bassline, warped vocals and wraithlike melody gives the track a playful yet distinctly oddball feel. Not scary, but perhaps not to be trusted with the keys to your tool shed.

It’s safe to assume that Avey Tare’s Slasher Flicks won’t alienate fans of his previous work, either solo or with Animal Collective, but does find him experimenting and excavating new sounds. His idiosyncratic rambling, yelping vocals combined with Deradoorian’s honeyed pop vocals and simmering modular synth lines feels like a delightfully fresh addition to his current cannon of work. Whilst Hyman’s exuberant drumming instils the burning, swinging spirit of jazz rarely, if ever, investigated during Portner’s time with Animal Collective.

The album begins at a riotous pace with opener “A Sender”, which bounces up and down at dizzying speed with springy guitar tones, pummelling percussion and hazy backing harmonies; psych-rock at it’s most energetic and electrifying. “Blind Babe” keeps the album moving at breakneck speed with Hyman providing a frantic bedrock for Portner to spew and ramble through this vocals in an amphetamine frenzy. Recorded live with minimal overdubs in a studio that supposedly resembles a medieval tavern, the album treads the line between futurism and nostalgia; “Catchy (Was Contagious)” lilts between Portner’s jumpy hammer-horror guitar and Deradoorian’s space-rock synths, while “Roses On The Window” sounds like ’70s funk-rock beamed from another solar system.

Avey Tare’s Slasher Flicks really play to their strengths of strong song-writing, sonic experimentation and nuanced aesthetic ideals during “The Outlaw” and “Strange Outlaws”. The former oscillates wildly between different tempos and rhythms to create the disorienting psychedelic funfair feel they set out to create, whilst also acting as an ode to the 1966 campy horror single “They’re Coming to Take Me Away, Ha-Haaa!” by Napolean XIV. “Strange Outlaws” might just be the catchiest song Portner has been responsible for since “My Girls” – the disco synth stabs and tight-locked vocal harmonies are deeply infectious and give the album a carnivalesque lift right at the death. Enter The Slasher House is stylish, daring and captivating; spooky, but not scary.