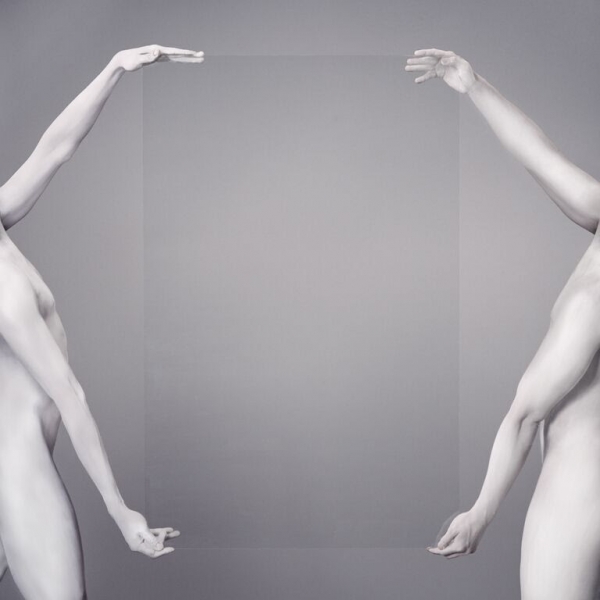 Arthur Ashin, AKA Autre Ne Veut, has returned after 2013’s Anxiety to give us the second installment of a trilogy of records guaranteed to intrigue and excite.

Undisputably rooted in pop, the record is made of quite the variety of musical and nonmusical species of sound. It first took shape at Avatar Studios in Manhattan where a jazz combo recorded their sessions for Ashin to take home and tear apart, assisted by Yung Ejecta and Joel Ford. “I’ve been listening to jazz since I was a kid and wanted to experiment with it… I kept flipping them and messing with them,” Ashin explains.

He isn’t lying folks - the tearing apart of these recordings is as unsubtle as the computer-generated noise he uses to do it. In "Cold Winds", these punctuations even seem to be louder than the rest of the song, which is otherwise absolutely beautiful. And for me, that’s the sonic story of the record - views from the top of Snowdon on a cold but bright afternoon in Autumn, the sun steadily falling towards the lakes to the West near Nantlle and Rhyd-Ddu; to the South-East the brilliant white snow on the Y Lliwedd ridge, now taking on an orange hue from the setting sun, and you turn to the North to see a Morley’s fifty yards along the track blocking your view of the Lake District and the Isle of Man.

We have all the foreshadowing we need within the first three seconds of the the first song. In "On And On (Reprise)" we are treated to thick and strained elongated "Baby...", or we would be if it were not cut short by one of the many digital sound effects on the record that sound like they were chosen from a library housing such irritating material. The song progresses and at 2:03 I’m back in the room swallowing every syruppy drop of this pop-ballad, then I yoyo between love and hate until the record ends forty two minutes later.

Like Anxiety before it, Transparency aims to scrutinise the difficulties of modern relationships and how contemporary culture has made a real challenge of making any. “The title comes from marketing jargon… It’s a term for the place we’re in now, where truth and transparency are just ways to sell things and honesty is its own kind of performance", he's explained. This inability to invest anything real into social interactions and the concrete veil we hide behind is given life on Transparency through great fogs of electrical musical energy, descending and engaging every available cell of your listening ability. Ashin uses jazz to invite us in and get us comfortable, those fingered bass notes and smoky saxophone stretches put me in a dimly lit cobbled street in a hazy futuristic dystopia. Quite fitting, then, that the opening for the title track bears a striking resemblance to "Love Theme" from Vangelis’ score for 1982’s Blade Runner. The constant ebb and flow in composition is nothing if not Arthur Ashin, but unlike Anxiety’s "Play By Play" and "Ego Free Sex Free", the ebbs dissolve all progress made so far, making the eventual payoff that much harder to benefit from. However, when the fog of electrical energy is lifted for long enough, there really is stunning beauty underneath, in "Cold Winds" and and "Never Wanted" we succumb to the angelic choral backing and expert production that kept us in the room in 2013, and the weighted ambiguity of phrases such as "Never wanted / to be loved / things are going to get better" keeping us devoted.

The problem is, however much we may applaud the intent and delivery of the themes, there aren’t many of us who are able to use that as a platform to actually enjoy the music for what it is. The former does not predispose the latter. Of course, I only refer to the specific moments of digital concussion that eliminate the possibility of me properly settling into the record as I would like to - the foundations are, as we knew they would be, excellent, though perhaps a little more on the side of intrigue than excitement.