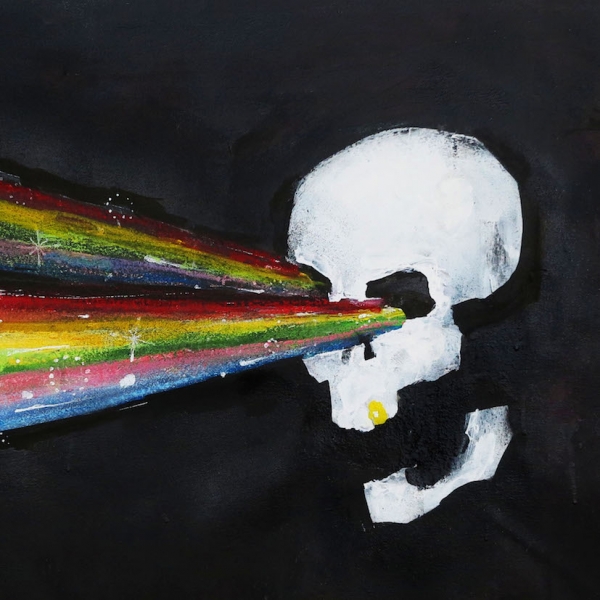 Autolux haven’t returned from their six-year absence to cheer you up.

The L.A. trio clarifies their dour worldview on "Selectallcopy", the opening track on their first album since 2010, Pussy’s Dead: “It’s oh so sad to be happy all the time.” The group makes a contented life filled with bland complacency sound like such a drag. Thankfully, there isn’t anything complacent about the assertive sonic burst of Autolux’s new album, as they return with a noisey, unsettled batch of songs that sing the praises of being yourself amidst life’s shadows, and the haunting dreams that linger there.

In the six years since the release of Transit Transit, entire sub-genres have been born, recieved deafening hype from the Internet, and subsequently died away without a meaningful whimper. So Autolux return to a musical landscape that has changed significantly, but one that is desperately in search of lasting relevance. Rather than capitalize on any trends or echo current styles, Autolux once again set out on their own distinctive path and reinvent themselves anew. They’ve ditched the lo-fi, Sonic Youth-like sound of their last record in favor of a more textured, ominous vibe that perfectly suits these unstable times.

The pristine production of Boots (Beyoncé, Run The Jewels, FKA Twigs) gives these ten new tracks a refined immediacy, but Autolux’s sound still retains the fractured, grimy allure of its celebrated past efforts. With guitarist/vocalist Greg Edwards recently reuniting his underappreciated alt-rock outfit, Failure, drummer/vocalist Carla Azar recording and performing with Jack White, and bassist/vocalist Eugene Goreshter playing on Nine Inch Nails’ Hesitation Marks, the group brought a wide array of modern influences and added experience back into the studio with them.

Regardless of their considerable success outside of the group, these three have always been at their most inventive – and most combustible – when writing and recording together. And no matter how stylistically diverse their ideas and inspirations were for these new songs initially, they coalesce into an inspired, turbulent artistic statement from three singular artists who continually push themselves – and their listeners – in thrilling new directions.

“You don’t remember your dreams/They still make you strange,” suggests "Hamster Suite", which illuminates the fruitless quest for fulfillment while being caged by your false self. And indeed, the tenuous battle between the drab reality of the world and the illusory charm of reverie is a theme that courses throughout much of the record. “So easy to turn the world down/No matter what you dream/You’ve got to get back to being found,” instructs the elegant, acoustic-laden closing number, "Becker", which serves as a potent wake-up call to snap out of whatever trance is holding you back, and make your aspirations a reality.

‘Change My Head’ is a modernized twist on "Future Perfect" from the group’s debut EP, Demonstration, a subtle nod to their past which stylishly connects the band’s nascent early days with the fresh new direction of their modern sound. The track also features piano strains that are faintly reminiscent of David Bowie’s "Oh You Pretty Things", before it gives that glam sound a contemporary twist. While "Anonymous" comes across as an intoxicating hybrid of "A Day in the Life" and "Pyramid Song" filtered through Mark Linkous’ cloistered genius. It’s a spare, plaintive gem amidst the dynamic rhythms and sonic flourishes that pulse furtively at the heart of the album's glorious lead singles, "Soft Scene" and "Brainwasher".

“We don’t need you anymore” warns Azar at the end of "Soft Scene", which castigates those who care more about looking and sounding hip rather than celebrating their true selves. And while it’s been a pleasurable challenge to try and decipher Autolux’s creative intentions through their minimal, unhurried output, they’ve always managed to reveal just enough of themselves to keep us all needing more from them, and being patient enough to wait for it. Thankfully, Pussy’s Dead is worthy of the long wait, and instead of signaling a demise (of a feline nature or otherwise), the album represents yet another sonic rebirth from a band who has been making a methodical career out of rising from the ashes of inactivity to surprise us all once again.