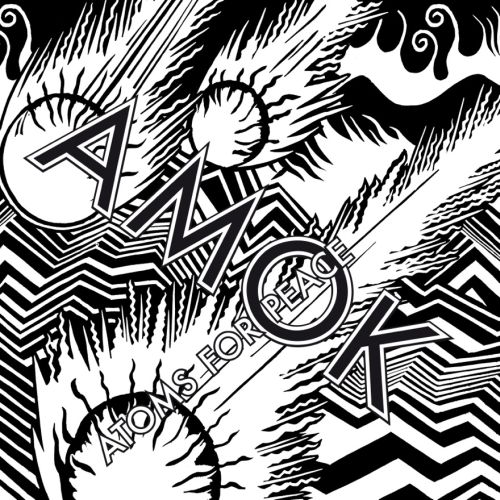 It’s been 17 years since I saw the Red Hot Chili Peppers. They were the first band I ever saw live, something that in retrospect seems increasingly like abuse, and we were seated high at the edges of Wembley Arena, the stage somewhere below an abstract concept more imagined than seen. Only one real image remains, of Flea wearing nothing but a nappy as he flailed about the stage, spotlights trained upon the glistened skin and the tight-bound cloth as everybody around laughed and laughed and laughed.

It’s an image that scarred deep, recurring through fever dreams and tension headaches, flashing up like a retina floater whenever the band’s precision drear wafted into audibility. It wasn’t the nappy itself that bothered, but the self-conscious wackiness of the act, the sure-felt conviction of the hilarity of the scene: it’s the guy at the party who insists on telling everyone, over and over, how crazy they are, how mad, in spite of all the evidence otherwise.

No-one, but no-one, would have paired him with Thom Yorke. Could there ever be a more incongruous collaboration? Factor in the drummer from Beck and the percussionist Mauro Refosco and you’ve got – well, who could have predicted what the band would sound like?

It turns out that they sound a lot like Thom Yorke. Should we be surprised? This is a guy notorious for his studio control, a guy who would, according to interviews around Kid A’s release, divide up Radiohead’s members into small groups to work on his ideas. It might suit the marketing department to pitch Atoms for Peace as a supergroup but there was never going to be any democracy here – not with a band formed to tour Yorke’s material, named after one of Yorke’s solo tracks, featuring Yorke’s long term producer Nigel Godrich and with a visual aesthetic lifted from Yorke’s solo album. Whatever the press releases say, those other guys – irrespective of their pedigree – are essentially a backing band.

But it’s a different Yorke to the one who crafted 2006‘s The Eraser, insular and twitchy and laden with portent. That was an album that seemed hermetically sealed, weighted down by expectation and doom-wracked post 9/11 unease: Amok, by contrast, seems almost warm-blooded. It opens in high spirits, the percussion loose, the guitars placed centre and the rhythms something near danceable. It’s a relative distinction, of course – this is still dark as hell – but it’s a claustrophobia that’s at least penetrable, even welcoming.

Heck, in comparison to some of Yorke’s recent work with his day band Amok is positively kinetic, the vocals buried low and swathed in reverb and the emphasis placed firmly on the glitches and the beats, the bass loops and the pre-dawn synths. It’s a sound that The King Of Limbs’ ‘Feral‘ hinted at but seems uncommitted by comparison to, sparse and only halfway formed next to the restless scrapings and insomniac riffs etched out here, a sound that has more in common with Boards Of Canada’s alien landscapes than the Aphex Twin’s concrete dysfunction.

For an artist that’s spent over a decade dissembling our notions of what a song should be, it’s notable that Yorke’s vocals are the least essential component here. On the title track they barely register, mere background melody against the rising clatter: on ‘Ingenue’ it’s a falsetto held in the shadows, a subterranean How To Dress Well. Lyrically there’s familiar themes here, of weak flesh and paranoia, “horned reptiles” and “twisted vistas”, but the words aren’t important so much as the mood, rain-wracked and fevered and slightly suffocating.

To be clear, this is pretty damned far from dinner music. Amok doesn’t work on morning commutes or first, second or fifteenth dates. At 30,000 feet it had me staring disappointedly at the wing for any signs of damage: as a soundtrack to a sunny day it had me hissing at the light. Listening through headphones I had to step outside for air, and writing this through a fluey haze I’m fairly sure it made me sick.

But who wants dinner music? Amok might not be easy – why should it be? – but it’s never anything less than interesting, an accolade that can rarely be applied to artists this far into their career. More than that, this is an album that shows us, finally, what Thom Yorke’s dancing sounds like, itchy and erratic and utterly compulsive. And maybe, just maybe, it starts to redeem Flea a little too.