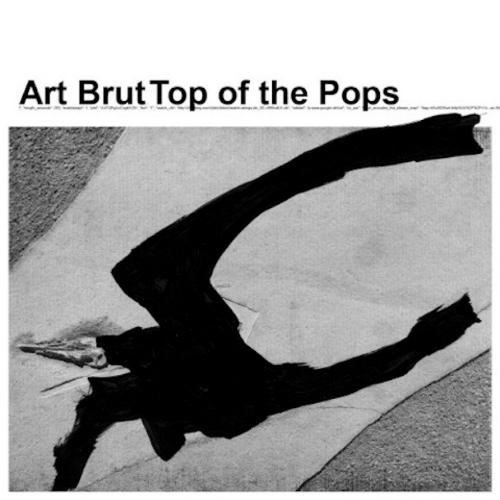 Well, most of us weren’t. On releasing their debut single now ten years ago nobody quite knew what to do with them, initially throwing them in with the NME-championed New Cross Scene comprising Bloc Party and assorted artrock and scrappy indie bands of little future repute.

Thing was, ‘Formed A Band’ didn’t fit in with any prevailing post-Strokes/Franz/Libertines trends, taking self-publicising to new heights of knowing irony thanks to the singular ambition and knowing declamatory style – “yes, this is my singing voice” – of Eddie Argos.

One thing it didn’t sound like was a band who would make four albums, tour America several times or appear on the cover of the German version of Rolling Stone, let alone put out a Best Of compilation a decade later or indeed outlive the show that gave Eddie a community chant. From this distance, that Argos was once punched by Kele Okereke seems mildly absurd given the disparity of paths, as if Ian McCulloch of Echo and the Bunnymen had taken public exception to Nigel Blackwell of Half Man Half Biscuit. ‘Formed A Band’ starts matters as only it should, its bracing mix of idealist comment – “stop buying your albums from the supermarket” – and manifest(o) absurdity – “we’re gonna be the band that writes the song that makes Israel and Palestine get along” – leading in five tracks from the still crackling debut album Bang Bang Rock & Roll, a set of scratchy post-punk not in the Gang Of Four sense, but of those who refined the form into brashly scrappy, naive melodies à la Modern Lovers or Television Personalities with Argos turning high culture and dreaming of girls into semi-sloganeering and slyly honest statement shouting. Something with the unalloyed glee of ‘Modern Art’ can’t be beaten.

The following three albums are represented by four tracks apiece, each managing to develop an approach that while seemingly fully formed might have completely backfired if it deviated from their blueprint of enthusiastic self-deprecation and indie idealism. On announcing this album’s release the band suggested this is their attempt to cement their position as a classic rock band; It’s A Bit Complicated sets out on that path by introducing itself to the hotwired joys of a huge guitar riff while Argos considers the ways of settling down and also, because he can’t help himself, music fandom. On ‘Nag Nag Nag Nag’ – a coming of age escape tale built around “a record collection reduced to a mixtape” – he does both. By 2009 Art Brut found themselves recording with Frank Black in LA (no, ‘Moving To LA’ isn’t here) and streamlined into a rush of post-Weezer geek-rock. Here the observations are that bit sharper, the solos that bit widdlier, Argos a bit more of a straightforward loser without much of the idealism bar the cultural carpet bombing ‘Demons Out!’ suggesting “the record buying public shouldn’t be voting”. Brilliant! Tragic!‘s offering start with the line “this world is fucked and you’re an idiot” from ‘Axl Rose’, whom Argos declares to be “my favourite lead singer”. Fortunate, as this is the album where Argos tried properly singing himself. It turns out this is what Argos might sound like with laryngitis.

It’s quite a relief therefore when the first of two new tracks commences with Argos bellowing “I WAS IN AN EARTHQUAKE!”. ‘Arizona Bay’ is about being caught in an earthquake not as strong as he thinks and sounds like an Art Brut Vs Satan outtake; ‘We Make Pop Music’ (“…for people who don’t like people”) adds another to their storied catalogue of press-aware music about music and similarly sounds like the band as they stand in a nutshell. Then there’s the second disc of B-sides, the original versions of the first two singles, more reined-in versions of songs from It’s A Bit Complicated left over from an aborted session with Pulp’s Russell Senior, covers (the Beatles, the Cure, We Are Scientists) and assorted offcuts, none of which are essential but which add more layers to Argos’ wracked character and in the case of extended versions of ‘Modern Art’ and ‘Post Soothing Out’ records for posterity, from a Berlin TV recording, the extemporising genius of the Art Brut live show.

So they never did get on Top Of The Pops, or have a hit single (‘Emily Kane’ fell a reputed two sales short of the top 40), or completely revolutionise the pop charts. Then again, neither did Argos grow old gracefully, understand the opposite sex, get over the idea that music doesn’t really matter that much or decide that singing about things that matter with a straight face outdoes declamatory proselytising of smartly funny observations. For that level of ploughing their own furrow greatness we continue to be thankful.