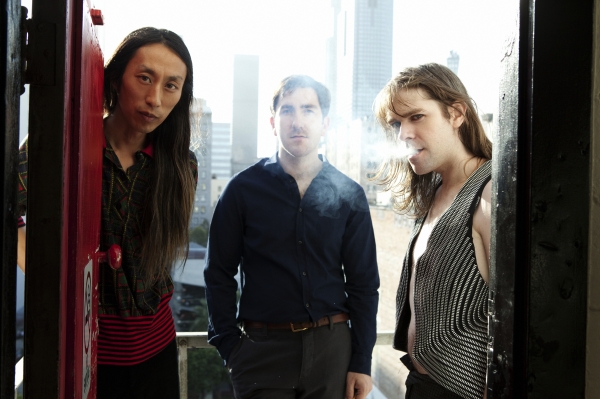 There have been a lot of stylistic shifts in the sprawling discography of lo-fi whizz kid turned wide-eyed compositional genius Ariel Pink over the years, but never anything quite like 2010’s Before Today. A spectacular departure from – or perhaps realisation of – the sounds and themes that he seemed to be (often clumsily) reaching for previously, you’d be hard pressed to find many who would argue it was anything other than his best record to date.

I’m happy to be amongst the throng who praise it from the rooftops, though its curious gestation did give rise to the worry about what might eventually constitute its follow up. Before Today arrived out of a nowhere so distant that it was difficult to tell whether it was a result of a logical development in Ariel Pink’s sound, or just the most enjoyable record in a discography that is pretty much entirely made up of anomalies. Was he on to something here, or had he just got lucky?

Thankfully it appears that, rather than coming off the back of a particularly successful session of throwing shit at a wall, Pink’s at a stage in his career where he’s hitting the bullseye every time. Mature Themes is his second brilliant record in a row; if Before Today was him getting a tight grip on everything he’d fumbled for in the past, its follow-up takes that success as a precedent and pushes it further in all directions – funnier, freakier and friendlier, it’s a near constant treat.

Whilst far from a comedy record, there are a lot of very silly songs here, albeit nestled in amongst some genuinely affecting ones. Yet although usually such a blatant juxtaposition of the hilarious with the beautiful would have you doubting how sincere the performer was being in his delivery of the latter, with Ariel Pink it offers a welcome path to a more rounded view of his peculiar character. As such, he starts in playful mood, with the vocals on the brilliant opener ‘Kinski Assassin’ sounding like someone doing an impression of someone else’s impression of David Bowie, and the following track, ‘Is This The Best Spot’, keeping up the endorphin levels with a frantic onslaught of 8-bit bleeps and crackling guitars.

From there, there’s a detour that’s quite startling in its honest, gentle beauty. Upon hearing that Ariel Pink was titling an album Mature Themes, one would be forgiven for dreading a series of genitalia jokes and in-your-endos, but instead the song of the same name is a thoroughly sweet, genuinely affecting piece of grown-up songwriting, musing upon one’s inability to deal with adult life. “I wish I was taller than five feet four, thirty five years of my life spent computing it all” opines Pink, his conclusion that all he ever wanted was “to be good, baby” making very effective use of such simple language to deliver a concept as huge as coming to terms with one’s own shortcomings. Using one of his most gorgeously lilting melodies as the medium for the sentiment, it might be the best thing he’s ever done, ‘Round and Round’ included.

The following ‘Only In My Dreams’ further confirms that Ariel Pink is current residing within a particularly rich vein of songwriting form. It sounds like vintage R.E.M., or more accurately, the era of R.E.M. when you could tell they were listening to The Byrds a lot and felt happy to let Mike Mills take the lead vocal on a couple of tunes. Just as they did, it’s a sound through which Pink, too, positively shimmers.

The crass stuff does of course come later, most successfully in the shape of ‘Symphony of the Nymph’, but so engaging is Ariel when he’s in silly mode that you’re carried along with it just as much as when his heart’s on his sleeve. Yes, even when the lyrics go “I don’t mean to burn any bridges, but I can’t get enough of those bitches – I’m just a rock and roller from Beverley Hills, my name is Ariel and I’m a nymph”. Oh Mr. Pink, you insatiable little scamp!

Is it perfect? Hell no, but if perfection’s what your seeking there’s a point being missed. Although his production values and songwriting prowess have increased immeasurably since his early releases, you’d still struggle to call this polished. However, there are a couple of numbers where the investigation of what sounds like an in-joke is given precedence, to the detriment of the songwriting. The mildly politically incorrect lyrics of ‘Schnitzel Boogie’ might provide it some childish charm on initial listens (“I get up out of bed, I’m feeling schizo… I need some schnitzel…”), but more time spent with it will have you wondering whether this theory that German breaded pork can be used to effectively self-medicate mental illness could have been better explored perhaps in a running time of less than four and a half trying minutes.

One gets the impression however that the fooling around is just as important as the more realised songs, for without the fooling around one imagines we’d never have arrived at the more realised songs anyway. As if to prove the point, Mature Themes finishes in impeccable strength, heading back to Serious Songwriter territory for the Flaming Lips-like epic ‘Nostradamus and Me’ and ‘Baby’, a brilliant album closer so similarly indebted to Prince as was Beck’s ‘Debra’ that one can’t help but wonder what it would sound like if the three of them got in a room and tried to out-perv each other. Messy, almost certainly.

Characteristically as confusing as it is comforting, Mature Themes is nonetheless a triumph. With its arrival, the argument about which is the best Ariel Pink album just got a little bit more interesting.