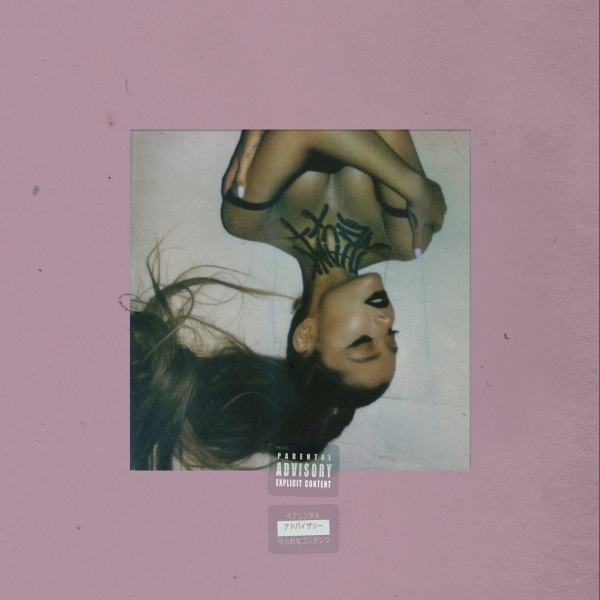 It’s been quite a day for Ariana Grande, and she’s had quite a year.

Last night, she said that the producer of the Grammys, Ken Ehrlich, was lying about her:

"I've kept my mouth shut but now you're lying about me. I can pull together a performance over night and you know that, Ken. It was when my creativity & self expression was stifled by you, that I decided not to attend. I hope the show is exactly what you want it to be and more."

This morning, we were greeted with the news that she’d released her hinted-at new record, thank u, next.

Her last record, Sweetener, was only released last August – six months ago – and it was met with rapturous acclaim and almost unanimous praise. Grande, ever the consummate singles artist, had finally released an album that matched her mercurial talent, her unbridled potential. Sweetener was the signal that she’d arrived.

She’s suffered through the death of an ex-boyfriend, and the grossly public breakup with another boyfriend, since the release of her last album. So, in many ways, thank u, next could be seen as the bookend, the closing of that period of her life. This is an album recorded while the artist was suffering, while the artist was dealing with issues many of us will never understand, and hopefully never will. The narrative goes that it’s a tough time to be Ariana Grande right now.

But you’d never believe it, based on the twelve songs here. Over this new, forty-minute collection, Grande restates her claim to being High Priestess of Pop. You have the gorgeously smooth title track, released back in November – complete with hilarious video featuring Kris Jenner and Christmas dance routine.

Then three weeks ago she dropped the sinister banger “7 rings”, all deadly trap flow and bad bitch boasting. She was on a roll, and knew it. “imagine” came next, just before Christmas – it's as cloying, sticky and sweet as anything she’s ever done. And it seemed almost certainly destined to close the next record (it’s actually the opener).

But what of the songs you hadn’t heard yesterday? Check out the video for the positively filthy “break up with your girlfriend, i'm bored”, where she urges her new man to ditch his girl so he can “hit it in the morning, like it’s yours”. It couldn’t get any further away from the emotionality of “imagine”. “break up” uses trap rhythms deftly, and Grande’s yearning vocals should come with an advisory warning.

The companion piece to “imagine” actually follows it on the record - “needy” is sexy, lights-off r’n’b, rich and juicy in equal measure, like some of Rihanna’s more sensual moments.

Later, on “make up”, she actually shouts out Rihanna’s Fenty Beauty range – fittingly, as the track could have come from Rihanna’s own ‘dark night of the soul’ masterpiece, ANTI. It’s the shortest track here, but almost certainly amongst the best things she’s ever done. The best of the rest are “NASA” and “bad idea”, which are both upfront, powerful pop. The former is about her need for, well, space in her life, while the latter is about that sick urge you get to do something naughty once in a while.

Sound-wise, you’re looking at an airtight, dense pop record with an obnoxiously brash production – even the most delicate, sensual things here are tightly compressed, and scrubbed of anything resembling acoustics. However, the songwriting, sample selection and vocal performances are even better than they were on Sweetener, making this the overall victor when you compare the two. Fortunately, you don’t have to – surely you’re still listening to that record anyway?

It’s contradictory, assured yet tender. It’s delicate but strong. It’s sweet pop music wrapped in an unbreakable metal shell. It’s beautiful but vulgar. It is, frankly, much more than we could have ever hoped for from her.