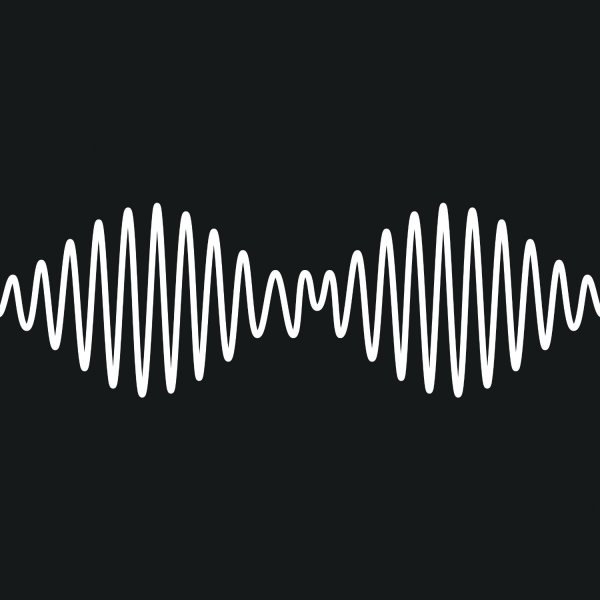 Arctic Monkeys seem like they’ve been part of the collective cultural consciousness for so long now that it’s hard to believe that 2013 marks only the eighth year since the band’s explosive mainstream breakthrough. That is arguably as much to do with the nature of their emergence as it is to do with their musical achievements since: the idea that we ever considered a band using the internet to achieve popular recognition to be a novel concept already seems so quaint and outmoded that the natural assumption is that it must have happened a lifetime ago.

The path from internet hype to mainstream success is now so well-worn that it is easy to forget quite how unusual Arctic Monkey’s arrival was, in the days when MySpace still occupied its strange dual position of music discovery service and social network, and CD sales still drastically outnumbered digital ones. ‘I Bet You Look Good on the Dancefloor’ was famous even to those who’d never heard it as the single that reached number one in the charts (in the days when that was just about still a credible, relevant achievement) without having a record label, and the ubiquitous buzz surrounding their record-breaking debut Whatever People Say I Am, That’s What I’m Not propelled them to mega-stardom before most of us had even heard the album.

If it is a cause of consternation to Arctic Monkeys that their band is probably still more talked about for their story than for their music, it is to their credit that they have never let it show. After the quick-fire double of Whatever People Say… in 2006 and Favourite Worst Nightmare the following year, the Arctics have turned out a new record every two years. Their work rate is hugely impressive, especially considering the self-destructive tendencies of British bands with fame thrust upon them at a young age. AM marks their fifth in seven years and, after the overly self-conscious Suck It and See, it finds the band at their confident and assured best.

Alex Turner has claimed that the album’s title was inspired by The Velvet Underground’s VU, but, like everything that stems from his pen, it has a very clear double-meaning. Arctic Monkeys have always made music for — and about — the night, but here they are positively insomniac, and the album oozes that bleary-eyed, rising sun atmosphere. Opening track ‘Do I Wanna Know?’ sets the tone with a slow, spiky guitar riff, heavy bass notes, and the album-defining lyric, “you and I both know/ that the nights are mainly made for saying things that you can’t say tomorrow day.”

The Arctics’ earliest albums narrated the anti-romance of late nights in urban Britain, Turner’s lyrics were acerbic and sarcasm was his default mode; here, he evokes something far closer to actual romance: “there’s this tune I’ve found that makes me think of you somehow/ and I play it on repeat” he sings on ‘Do I Wanna Know’, which is at least the approximation of romance lonely nights spent in dark smokey rooms can bring on.

The blending in of hip-hop influences, something the band hinted at when promoting the album, is subtle and effective although, sadly, we don’t get to hear Alex Turner rapping. Indeed, those familiar with Turner’s lyrics might find it surprising that it has taken him until now to acknowledge the inspiration of the likes of OutKast in particular — after the more obvious influences like Jarvis Cocker and Morrissey, Turner’s verbose and direct vocal style seems to owe a great deal to 90s hip-hop, not just lyrically, but in his delivery. A line like “I’m a puppet on a string/Tracy Island, time-travelling diamond/Coulda shaped heartaches/Come to find you fall in some velvet morning” from ‘R U Mine?’ could have come straight from the mouth of GZA himself, complete with ’80s pop-culture reference and all.

Other pop-culture references are peppered throughout the record, notably when Turner sings that “like the beginning of Mean Streets, you could ‘Be My Baby’“, a clever double-entendre invoking both Scorsese and the Ronettes, but he retains a quintessential Britishness as well: “From the bottom of my heart/The relegation zone” is a moment American fans might have less affinity with. And on the closing track ‘I Wanna Be Yours’, Turner sings the entirety of the legendary performance poet John Cooper Clarke’s poem of the same name — substituting only the word “electric” for “leccy”. You can take the boy out of Sheffield…

Musically, the hip-hop influence is felt somewhat less, but James Ford, the band’s producer or co-producer for the past four albums now, plays a significant part in their successful assimilation. He has long been the band’s unsung hero — when the exceptionally well-produced Humbug came out, it was the famous name of Josh Homme that took the plaudits, but Ford’s work on Suck It… and here is equally as impressive. He keeps things tight in the low-end, with the songs frequently led by the ever-brilliant Nick O’Malley and Matt Helders, while Jamie Cook on lead guitar finds himself far more subdued than usual, largely providing embellishments, only bursting into life as the album’s more dancefloor-ready tracks reach their crescendos. The most notable new element introduced musically is the repeated use of vocal harmonies, with Turner venturing into a higher register he has used only infrequently in the past. Ford controls these elements and weaves them into something identifiably Arctic Monkeys, and yet fresh and distinctive to AM.

Consistency remains a problem — no Arctics album has managed to convince fully throughout — and even at just over 40 minutes it ends up feeling quite long, perhaps due to the intensity of many of the songs, whose bass-heavy nature can be quite a demanding, draining listen. ‘Fireside’ and ‘Snap Out of It’ in particular feel more like b-sides than worthy album tracks, and while it’s easy to understand what they were aiming for with the attempted lighter-waver ‘No. 1 Party Anthem’, it doesn’t seem likely to live up to its title’s promise.

Part of the Arctic Monkeys’ continued success from album to album, though has been their willingness to experiment and switch things up. Though not a band you’d ever expect to spring a major surprise — they are, above all else, A Rock Band in the most traditional sense — Arctic Monkeys have consistently pushed the boundaries of their own comfort zone, exploring the limits of their genre without ever necessarily transcending it, each album taking a fresh perspective and liberally borrowing influences from elsewhere. AM continues that trend, and while it might not be the masterpiece some people are looking for from this band, it is nevertheless a more than worthy addition to their canon.