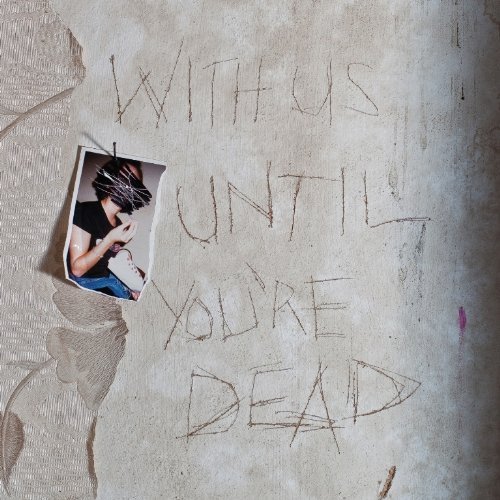 Archive have done pretty much whatever the hell they wanted their whole career. Take trip-hop and add a string section to cheese it up, only to have it work perfectly? Sure. Add prog rock elements to trip-hop, because what’s cooler than that? Yep. Make a trip-hop album (in its own way – perhaps we should call it “rave-hop”) in 2012 when the genre is all but comatose? Of course.

It’s that last one that really matters here because it’s exactly what Archive have done with their new record, With Us Until You’re Dead. Yes, Archive have crafted what may be the best trip-hop album of the year. Which, certainly, isn’t saying much considering it isn’t the late ‘90s anymore. Yet it all makes sense because, hey, the London collective have always done things their own way.

Despite that, Archive have come close to mainstream composition before. ‘The Empty Bottle’, for example, contained “big” chords and a chorus ripe for a 20,000-person singalong. This time around, it’s done on ‘Conflict.’ The difference is that this time, the arena-ready anthem is built around skittering drums, pulsing sonics and a staccato vocal hook. Perhaps ‘Conflict’ is better suited to a rave, but who says a rave can’t be held at O2?

They’ve also done grimy club rock before, as in ‘Men Like You’. With Us’s closest parallel here is single ‘Violently’. It’s certainly grimier than anything they’ve done with a rock-tinge, and grimier than anything they’ve done ever. The soundscape is built around the kind of chords usually reserved for the score for a historical film epic, but since this is Archive and not John Williams, it’s laid over buzzing synths and held together with a stomping beat. You can practically see the Gladiators fight under hazy strobe lights.

“Constantly in motion”, then, appears to be the lyrical theme of the album. And it’s a cynical perpetual motion at that – as in, being hurt and moving on. ‘Hatchet’ is the most literal example of this, with a collection of hypotheticals centered on the narrator giving a (former) lover various weapons only to be betrayed: “If I had a pistol, it’d be yours to have/You can shoot me in the head, blow a hole in my back”. Then there’s ‘Twisting’, an attempt to reconcile reality during the push/pull of a broken heart. But best of all is the aforementioned ‘Violently’, which has both one of the best matter-of-fact lines in recent memory (“I’m mentally fucked”), and perhaps the best concluding lyric of the year (“When I close my eyes/I think of how you died/Died in me/So violently/Quietly”).

So, With Us Until You’re Dead is just Archive being Archive. Yes, the record’s a tad pretentious. Yes, it not easy to swallow or trendy. Yes, this album is a bit sad. But, here’s the trade-off: you won’t find Dr Luke or Max Martin or Shellback anywhere in the liners. If nothing else, we can be thankful for that.

Listen to With Us Until You’re Dead