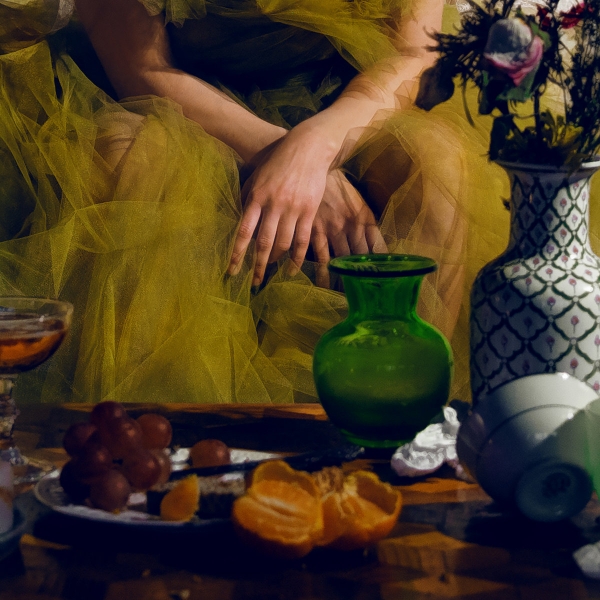 When an artist transitions from writing for themselves to writing with a band in mind, a newfound temptation to take a maximalist approach would be understandable.

And yet, on her long-awaited debut Another Place To Need, A.O. Gerber finds a near-perfect line of orchestration, one that builds to climax as surely as it blends back to compliment a spotlighted hook or moment of candid honesty.

Moving from the Pacific Northwest to Los Angeles supposedly as if to dare herself, Another Place charts the multi-instrumentalist’s own bold steps in life and musicianship over the past three years, charting collaboration with newfound friends and artists whilst opening up space for insular inspection. With some of the songs dating back half a decade, the record was produced in phases alongside the help of friend and collaborator Madeline Kenney, whom Gerber has performed with as well as the likes of Runnner, IAN SWEET and Derek Ted during her time in L.A. The record also features percussion and brass from SASAMI Ashworth, aka SASAMI.

It's to Gerber and Kenney’s merit that all eight tracks fit so well together as a whole, though perhaps most unifying is the singer’s lyrical frankness. “Now I’m living one footstep away / I feel further, and further each day”, she mulls on the drifty “Strangers”, accepting that physical proximity needn’t mean emotional intimacy – a sentiment that may hit hard to couples questioning their own longevity under lockdown.

Speaking with Best Fit earlier this week, Gerber explained how the track was written whilst doing the laundry, and as her reverberating “Oh”s build atop swelling synths and a quavering saxophone, it’s tempting to picture the artist staring wistfully through the circular window into the tumbling abyss.

Dramatic builds are certainly one of Gerber’s fortes. “Tell Me” is a journey of its own, beginning solitary in keeping with its intimacy, before being carried with the rich and gentle flow previously perfected by the likes of Angel Olsen or Julia Jacklin, until it’s wailing peak. “Tell me, can we make love in the morning?”, she concludes, “Fuck eating pancakes and coffee / I just want to drown in the light”.

Like the delicate, digital brush strokes of its striking cover by Alexa Nikol Curran, Another Place is peppered with moments of colour that materialise through otherwise cold and murky tones. From the “lilac painted ocean spreading wide” of “In the Morning” to the “pumping red” animated and at odds to the lifeless azures of “Old Blue”, we are invited to see Gerber’s impressions in full lucidity; a rich and beautifully coherent debut.