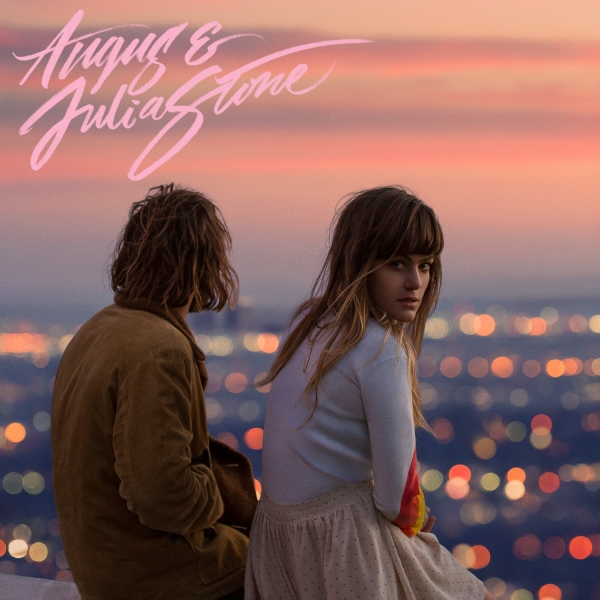 Sydney siblings Angus and Julia Stone have long exhibited a pleasing potential for the slightly skew-whiff. “Private Lawns”, a sparse and spectral take on Calamity Jane’s “Windy City”, was beaten up and brushed up, dominated by bass guitar and spoken vocals. Flash forward eight years and an unexpected collaboration with iconic producer Rick Rubin, master of contrast, might seem like destiny.

If you’d thought the duo’s days recording together as brother and sister were all but over, well, so did they. Rubin’s apparent passion for the pair and the project proved incentive enough to saddle up together again; this time, going beyond taking turns steering the family tandem. They have always written separately - Julia’s songs holding their breath, while her brother’s exhale - but this album marks the start of a bona fide songwriting partnership.

Opening duet “A Heartbreak” provides a striding, strapping statement of realignment and renewal. The wind-whipped, freewheeling rhythm and echoing, potent percussion unlock a sense of something always meant to be: rolling Stones; a march to the Rubin drum.

Angus and Julia Stone embrace mixed emotions and more oblique mantras on this eponymous album, without diverging far from the familiar tropes of love and the ’lorn. Their lyrics tend to be a lightning rod for criticism but make no claims to poetry, and are perfunctory at worst - although affected simplicity (“There’s a plane in the sky/If those people fall, they will die”) seems guaranteed to grate. Short-form, oft-repeated chorus lines suit these songs well.

Angus cocoons us with his best Paolo Nutini impression on “Get Home”, an audio hammock of reassurance. This is followed, with striking impact, by the theatrical “Death Defying Acts”, recasting Julia as a highwire enigma. Uncharacteristically elusive, lyrically; it is a standout performance, vocally: Julia’s distinctive delivery clinging from the chorus like a trapezist.

Each sibling retains individual identity, Angus chilled and languid, Julia perkier and more personal. Though Rubin has embossed the undertones, this music inspires similar senses and scenes to the duo’s earlier output, as the summer-soaked sound attests. Sultry twelfth track “Main Street” squeezes the space between them, and transport modes have become more modest - that “ride on a big jet plane” is now a ride “on your bicycle down Main Street”. But Angus’s final track “Crash and Burn” rocks off on buzzing guitars, transcending scope and scape with a nod, wink and - frankly - jam to Neil Young.

While it’s to be assumed that their solo careers will resume priority after touring commitments, this shouldn’t be the last time for the duo. Although the album is perhaps two songs too long, Angus & Julia Stone succeeds because the whole outnumbers the sum, and does so with a light-touch intensity. Rubin might not be breaking new ground here but he’s mining precious stones.