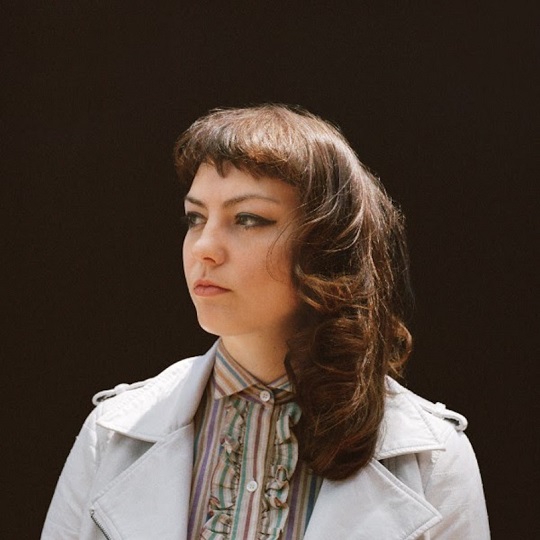 Angel Olsen has never conformed to stereotype, and on her third album she emphatically debunks by the notion that she’s merely an acoustic folk singer.

The astonishing MY WOMAN expands on the band orientated feel of 2014s Burn Your Fire for No Witness, which itself was a giant leap from her sparser debut, 2012s Half Way Home. An acoustic guitar only makes a single appearance here, on the Bossa Nova infused “Never Be Mine.”

As if to make it crystal clear she’s no shrinking violet, MY WOMAN’s first two videos, the mellotron soaked “Intern” and the breathless guitar pop of “Shut Up Kiss Me” (which doesn’t even pause for a comma in its title) sees Olsen donning a tinsel wig. In the latter she asks “Do I need to give more attitude?” as if playing with her spiky reputation.

She certainly doesn’t suffer fools; I once saw her cut a heckler to ribbons with a withering stare and a supremely dismissive one-liner. Yet the complex heart of Olsen is be found in her songs, where she writes about matters of the heart as articulately and sensitively as any living songwriter. As much as MY WOMAN is an exploration of femininity, it’s also poignantly universal, where she explores the nature of love with an uncannily keen eye.

The opening “Intern” is an incredible showcase of her singing, the tremulousness of the line “Pick up the phone, I swear it’s the last time…” is the first of many references to trying to connect with someone. “Shut Up Kiss Me” continues the theme of the effort of maintaining a relationship, “At your worst I still believe it’s worth the fight.” The music at the end of each line of the chorus recalls Bowie’s “Changes” (perhaps a subtle reference to stretching her musical wings) and there’s a nod to Dylan in the line “It’s all over baby blue, I’m still yours”.

The second half of the record is more epic, less playful, but utterly beautiful. It starts with “Heart Shaped Face”, which has the fragility of a song like Mazzy Star’s "Give You My Lovin”. Indeed, Olsen’s voice sounds both as wise and tender as Hope Sandoval’s majestic singing and the words are heart-breaking. “Have whatever love you want to have, but I can’t be her anymore.”

The seven minute plus “Sister” is initially Olsen at her sparsest. For its opening four minutes the instrumentation is unfussy, before she refrains the line “All my life I thought had changed” as her voice moves from a deep rasp to a falsetto and the song moves into a broader musical canvas, reminiscent of Fleetwood Mac’s “Dreams.” The jaw-dropping “Woman” is of a similar duration but equally doesn’t overstay its welcome, featuring a line that nails the heart of the record, “I dare you to understand what makes me a woman.”

The closing “Pops” ushers the record out as it began, with just voice and keyboards. With words like “Baby don’t forget, don’t forget it’s a song. I’ll be the thing that lives in the dream when it’s gone”, it has the tender sadness as the stunning “Iota” from Burn Your Fire.

She’s retained the band that toured Burn Your Fire but has a new producer in Justin Raisen, who having previously recorded Charli XCX and Sky Ferreira might be a surprising choice, but proves to be an inspired one. Olsen has always been a tremendously talented singer, but she’s never sounded as self-assured in her voice as she does on MY WOMAN. Coupled with the quality of her music and lyrics, it’s the record of her career so far.

Angel Olsen isn’t a chameleon; she’s simply one of the best songwriters we have, who can play any style of music she turns her muse to. MY WOMAN is Olsen at the top of her game - heartfelt, insightful and musically adventurous. The list of contenders for album of the year has another entrant.