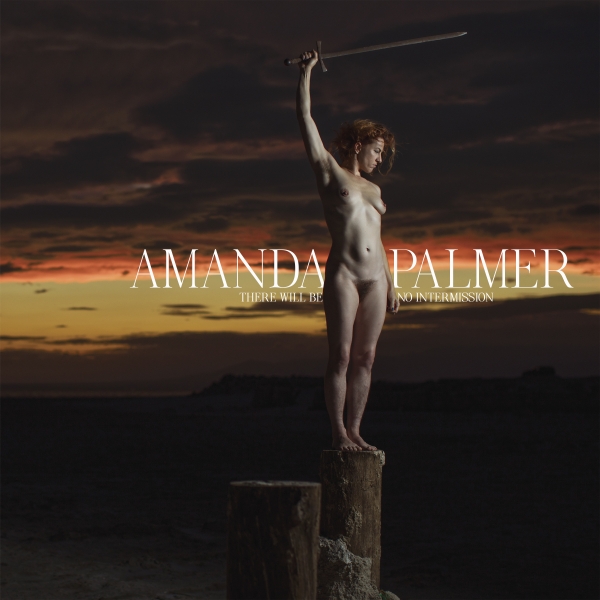 Amanda Palmer and honesty have always gone knife-in-hand. Returning with her first album in six years, There Will Be No Intermission touches upon death, grief, and brutal aspects of life that, we as a society, ignore. This LP is far more than ‘just a ride’.

The irony of this is not lost on me: As I sat to translate my notes to sentences, “Bigger on the Inside” piano-plucking through my headphones, I was faced with unsolicited advances in a park. I thought, as Amanda Palmer sang, "I think it's funny that he asked me/ cos I don't feel like a fighter lately/ I am too unhappy", she's right. Life provides no breaks to any of us.

By all means, There Will Be No Intermission is Palmer's chef d'œuvre. Combining songs written over the last six years for Patreon and new, this record reflects the times in which we live. In the UK, our leftist political parties are falling apart as the country is carelessly torn from the EU; in the States, admitted sexual predator Donald f***ing Trump sits at the helm of the highest ship in the fleet.

And, the polar ice caps are melting.

It’s a crucial, brutal, honest album on which Palmer faces off against all that’s going on in the world as well as all that dwells inside of her. This is a record with the markings of the innermost thoughts many of us keep to ourselves. The lyrical content ebbs and flows from positive to negative to scared to a deep inhale of good energy.

Produced by John Congleton, the album’s 10 tracks are spliced with short instrumentals composed by longtime collaborator, Jherek Bischoff. Tracks such as “You Know the Statistics” and “Life’s Such a Bitch Isn’t It” truly provide no intermission to the piece.

Just like life, the spaces in the inbetween are just as full.

Congleton’s influence can also fully be heard throughout; a personal favourite being the sword sounds in “Machete”.