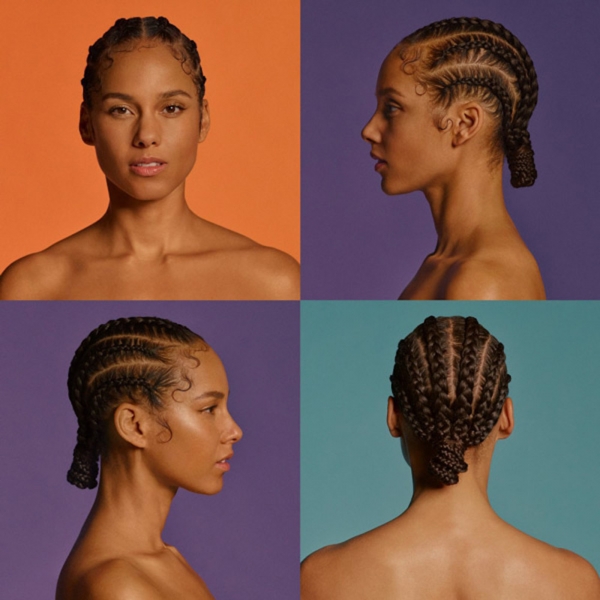 One of the most illustrious multi-hyphenates in recent music history, Alicia Keys represents a strand of traditionalism within mainstream pop and R&B music – propelled, in part, by her emergence at the height of the late ‘90s neo-soul movement.

The influence of her genre-spanning discography, and indeed her air of mystery, can be felt in the slew of artists that have debuted in her wake. Nevertheless, such an approach to stardom, though the catalyst for a pointedly introspective sort of artistry, also yields an element of stagnancy in a musician’s late-career material. Indeed, the critical response to Keys’ last album, Here, can be described as one of appreciative apathy, with many commending the singer’s musicality whilst critiquing the increasingly formulaic nature of her songwriting.

Where Alicia, the singer’s latest studio album, fits within the broad spectrum of her career, remains to be seen. A rolodex of orchestral pop, acoustic soul, and jittery contemporary R&B, it's less a revelation and more a re-statement of the singer’s identity, harkening back to the sounds of the singer’s past with a half-open eye to the future. “Truth Without Love”, the album’s opening track, offers us a thesis for the rest of the album, setting the scene against a crescendo of whirring strings and piano keys: “What if I wasn’t Alicia? Would it please ya? / How would I feed ya? / What if to you, I was just a leecher / Why would I need ya? / Why would I need ya?”.

As much a retort to her detractors as a reminder of her staying power, “Truth Without Love” frames the rest of the album as a composite sketch of the Keys’ discography, etching its contours in the slow and sleek funk of “Time Machine”, the country-infused “Gramercy Park”, and the motivational pop of “Underdog” and “Good Job”.

The more enigmatic moments on Alicia manifest in its collaborations, with the singer recruiting figures from across the various stylistic niches of R&B. “3 Hour Drive”, featuring British soul singer Sampha, is a particular track of note, with both singers trading kisses against a hazy, nocturnal backdrop: “I can’t deny / As hard as I try / That you give me life / You give me life”. The infectious simplicity of the song is equally balanced by the understated, devastating melancholy of “You Save Me”, a duet with emerging R&B heavyweight Snoh Alegra: “And if I could stay / I’ll stay here forever / And if I could be here, we’ll be here together”.

Elsewhere, Keys gets down and dirty on the Miguel assisted “Show Me Love” and the Motown-channeling “Jill Scott”, featuring a spoken interlude from the titular singer herself. Whilst “Me x 7”, featuring hip-hop avant-garde Tierra Whack, stumbles in its attempt to recreate the cutting edge of the artist’s classic love-gone-wrong anthem “Fallen”, Keys picks herself up with a little help from Khalid on the slow jam “So Done” with a blunt declaration of independence: “I’m living the way I want / I’m living the way I want”.

Such a statement captures the ultimate essence of the album. Re-iterating and celebrating the singer’s identity without a care for the all-too-common pressures on late-career female musicians, Alicia offers its listeners with the ultimate microcosm of the singer’s discography thus far, re-positioning Keys as a force to be reckoned in today’s musical landscape.