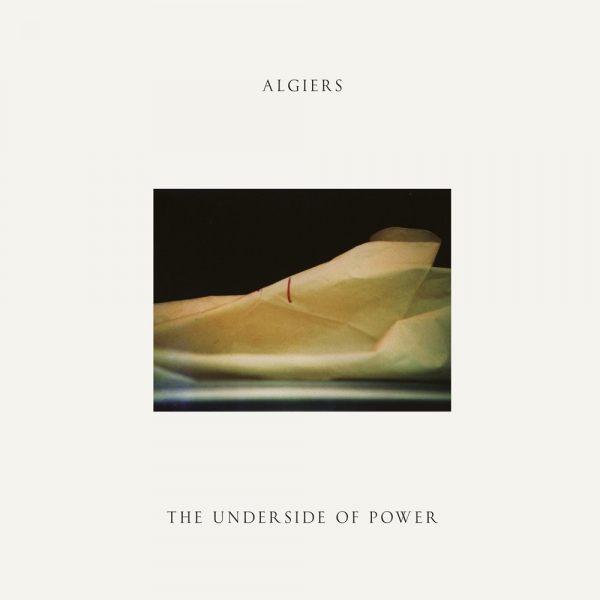 The revolution is now being televised 24/7.

Thanks to the advent of live streaming, dashboard cams, and body cameras, the tragic stories of those oppressed, abused, and killed by savage authoritarians are being broadcast to all corners of the world, whether those in command want them to be or not. With The Underside of Power, Algiers are providing a potent soundtrack to the modern uprising.

The Atlanta quartet (now featuring Bloc Party’s Matt Tong) have composed a new album that stands as a brash statement of defiance against a turbulent world, one that is only growing more hostile and divided with each passing day. The agitated, blustery songs fluidly blends elements of Motown soul and Southern gospel with the dissatisfied angst of indie rock, fusing Stax Records’ enlightened funk with the unhinged fury of punk. The songs speak of a restless quest for justice in a society that has been fractured by inequality, racism, and discrimination, while also offering incisive critiques of the corrupt miscreants who routinely profit from enforcing social divisions and thrive within a severe economic disparity they helped create.

The revolutionary tone is set straight from the start, with a recording of a famous speech made by the revered Black Panther Party activist Fred Hampton serving as a tense introduction to the turbulent pulse of “Walk Like a Panther.” Frontman Franklin James Fisher insists that no matter how far the powers that be try to push the outcasts to the fringes, the disenfranchised will surely rise up and their struggle will be vindicated when these malicious authority figures eventually fall from grace. “We’re your fate and your fortune / The promise you couldn’t keep / Reconcentration of power / The terror under the street / We are the fight for survival / The sum of all your defeat.”

The album began in the UK under the auspicious shadow of Brexit, with Portishead’s Adrian Utley producing the record alongside Ali Chant. When recording shifted to New York, Trump’s abhorrent diatribes were already resonating with supporters who were easily conned by his empty promises and personally identified with his loathsome vulgarities. But in the face of all that contemptible hostility and misguided nationalism, Algiers crafted a unified, cautiously optimistic record that rises above the vitriolic din. The Underside of Power shows us that a better way is possible if we quit falling prey to past mistakes and demand accountability from our leaders, our military, our police force, as well as ourselves.

“Cry of the Martyrs” casts a critical light on the contemporary crucifixions taking place at a modern day Calvary, now represented by a street corner, church service, or gay nightclub. “But I see the light and I see the sea / Despite the future crashing down and closing over me / I got power over all my enemies / Listen to the martyrs cry for me.”

“Death March” calls out the unfounded lies that have permeated our political discourse, both in the “Crypto-fascist contagion” of social media and the “manufactured suggestion” offered as gospel by the partisan talking heads of the media. These false narratives get passed on readily from one person to another, from one generation to the next, fostering deep divisions between us all, depending on what concept of truth you choose to believe. “This is how the hate keeps passing on.”

“Cleveland” forms the emotional centerpiece of the record, standing as a powerful elegy for Tamir Rice, a 12-year-old killed by Cleveland police in 2014. Rice’s name is never mentioned (though Sandra Bland, Andre Jones, Keith Warren, Alfred Wright and other victims of police violence are), but his tragic story is tied to the vicious cycle of violent crimes committed against the black community over the centuries, from Waller County, Texas to Jackson, Mississippi, from Homewood, Alabama to Montgomery County, Maryland. Their spilled blood runs deep in the haunted soil of America’s savage history, and their memories won’t ever be forgotten by those who carry the heavy burden of the past with them every day. “Innocence is alive and it’s coming back one day" is both a desperate plea and a hopeful prayer, with Fisher's anguished wail almost willing it to be so.

The band attempts to reconcile with a typical Trump voter on “Hymn For An Average Man,” but the mess they helped make of what is left of Democracy ultimately proves too destructive an act to forgive. “You think nothing has changed? / Horrified to find that what you made has risen up / And now your hate has a name.” While the unstable scales of justice and the uneasy head of government have temporarily ceded control to the radical right, The Underside of Power is an emphatic call to arms to all who believe in a just, compassionate, and tolerant world, announcing that we have plenty of fight left within us as long as we remain unified and unbroken. Let’s just hope that after all the malignant dust clears following these cataclysmic campaigns, there is still something left worth fighting for.