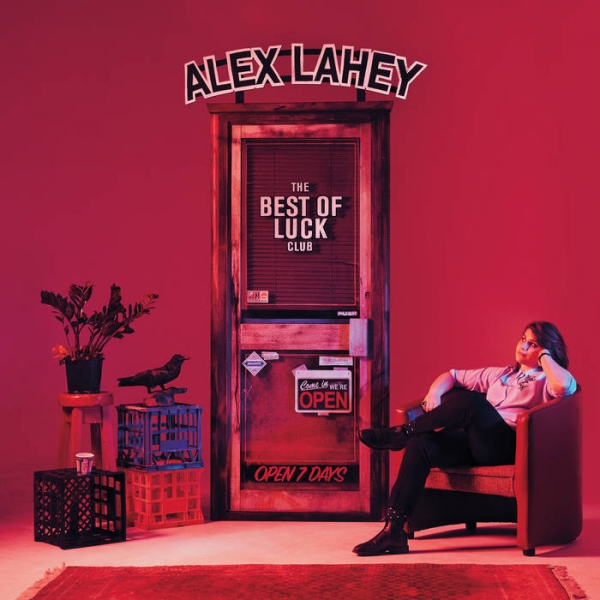 “Am I doing it right, when I make people move?”

Australian songwriter and multi-instrumentalist Alex Lahey asks during the second track on her sophomore album. And by the sheer velocity of the power-pop core that runs deep throughout the spine of The Best Of Luck Club, it sounds like she is.

On her 2017 debut I Love You Like A Brother, Lahey touched upon the intricacies of living; the nuanced relationships we build both around us and within our selves, but on The Best Of Luck Club things are taken to a brand new joyous level.

There lies a wit to Lahey’s lyrics that evoke an extremely relatable emotion. She feels like both a friend you’ve known since you were young and the cool, hip therapist you visit every month to pick apart your current mental standing.

While the relatability of her lyrics is commendable, it all stems from her own perspective, from the trials and tribulations of being a touring artist on “I Don’t Get Invited To Parties Anymore” to the workaholic anthem of “Don’t be So Hard On Yourself”, it’s all Lahey’s journey. We're the voyeurs to her life, and she's made it supremely accessible for us to insert our own lives instead.

That's not to mention the big spurt of musical growth that doesn't leave proceedings to be an all or nothing affair. Tasteful sax creates a sharpened dynamic that gives an edge to Lahey, while the quieter moments make way for the more lucid emotional moments ("I Want To Live With You").

It's a solid effort from the Aussie outlier; she's one who sees a world before her, the one she lives in the here and now, and finds a surge of relatability that keeps us on the hook for even more, dousing it in sugar-with-a-snap power chords. Going from strength to strength, the road that The Best of Luck Club brings will undoubtedly be filled with Lahey's sounds making people move, proof that she is indeed doing it right.