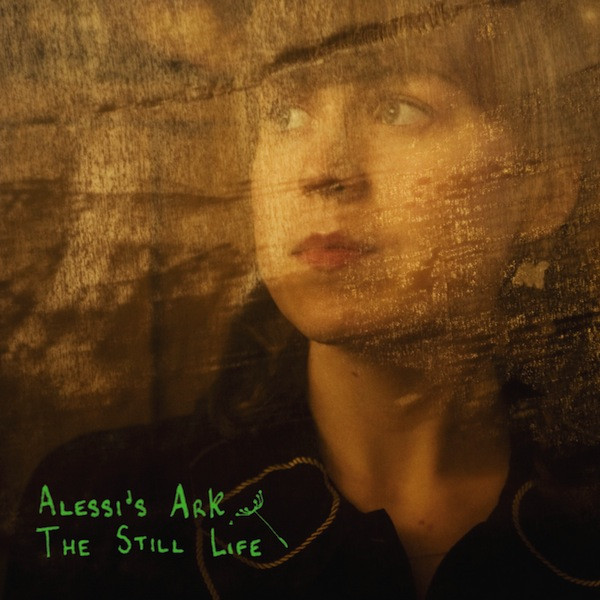 Having left Virgin to join the hothouse of talent that is Bella Union in 2010, Alessi’s Ark serves The Still Life, her third release for the independent label, which expands nicely on the foundations of her Soul Proprietor EP and subsequent long-player, Time Travel.

Laurent-Marke doesn’t shy away from wearing her influences on her sleeve: a big fan of Conor Oberst, she managed to get Mike Mogis to produce her debut album and has also admitted to taking up playing the drums because of Meg White. Increasingly, her voice is reminiscent of Kathryn Williams and Emiliana Torrini but she takes all her influences and inspirations and rolls them neatly into something that comes very close to being her own sound. She may not yet be at the point where you hear a track and think to yourself, “Ah! This must be an Alessi’s Ark song”, but this album does bring her much closer to that stage.

Opener ‘Tin Smithing’ is a faithful mood-setter for the rest of the record, dispensing with any introduction or build-up and getting straight to business. It is followed by the beautiful ‘Veins Are Blue’, on which Laurent-Marke sings: “I’m doing exactly as I please/Falling, but this time not grazing my knees”. It hints at the fact that, in spite of her relatively tender age (she is only 22), her six years in the music business have brought her maturity and self-awareness. Lyrically, Laurent-Marke combines the quirky with the personal and her storytelling is accessible.

First single, ‘The Rain‘, is where the Alessi’s Ark’s folky side meets pop and has a nice crescendo-finale, while ‘Hands In The Sink’ could easily sit on First Aid Kit’s The Lion’s Roar, showing more than anywhere else on the record, where it was recorded.

With about a third of The Still Life consisting of tracks that are less than 2 minutes in length, songs come and go with a distinct lack of self-indulgence. In fact, on a couple of numbers, LeMaster and Laurent-Marke could have enhanced the record with a refrain or two. ‘The Good Song’ is only 90 seconds long and comes across as a snippet that should have been allowed to rest and grow into something more.

While there is nothing astounding or extraordinary about The Still Life, what it does is indicate that Alessi Laurent-Marke is a songwriter and musician who already shows a real promise of creating something very special later on in her career. In the meantime, this record makes for a rather pleasant listen.