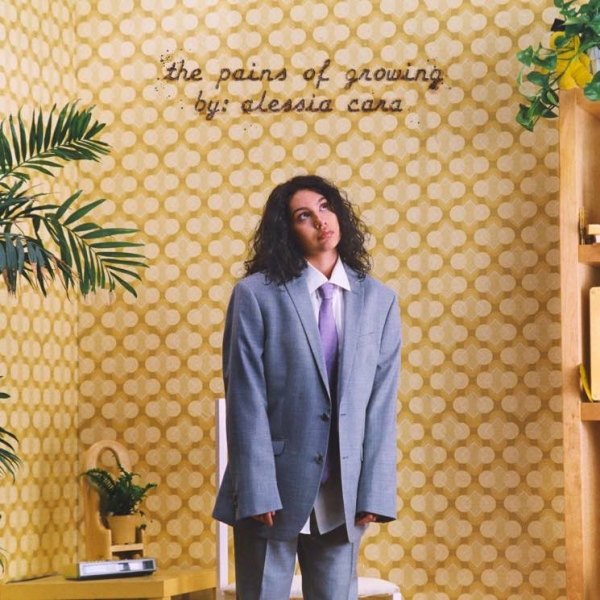 On “Seventeen”, the opening number of her 2015 debut album Know-It-All, the then-19-year-old Alessia Cara sang of wishing she could stop time and savour her teens, with a newfound appreciation arriving a little too late.

Now 22, Cara’s self-written sophomore effort finds her grappling with adult life from the perspective of someone in the midst of it. Thematically, The Pains of Growing depicts a stark departure from the confidence that ran through most of Know-It-All. It's a shift Cara herself addresses on powerful first track “Growing Pains”: “and I’ve always been a go-getter / there’s truth in every word I write / but still the growing pains, growing pains / they’re keeping me up at night”.

For the majority of the album, sadness is the central emotion – and it’s one that seeps through to nearly every song. Cuts like “Not Today” and “I Don’t Want To” even depict this distress as a sort of strange comfort, a constant in her life that Cara can’t quite picture being without. Her delivery doesn’t always match the thematic bleakness. Cara possesses a latent hope for a future where these times have passed, but it is often disregarded as too distant to inspire real change.

Through it all, however, Cara’s lyricism is sharp and self-aware enough to elevate The Pains of Growing above any strains of monotony. “And I talk in circles / but at least I say what I mean” she sings on “Girl Next Door”, while on gorgeous promo single “A Little More”, she tells a partner “I’m sorry that I’ve been emotions galore / am I crazy for wanting a little bit more” – even encouraging others to embrace the full weight of their less convenient emotions on “Easier Said”. She also beautifully connects the album to her first: “Where I Live” sees Cara learning to find stability despite the constant changes of her new life, the same life she was only just exploring in “Four Pink Walls”.

On “Trust My Lonely” she flips a lyric from “I’m Yours” (“some nerve you have / to break up my lonely”) to try and move on from a relationship. Her declaration of “oh my, we’ll be alright!” from “Wild Things” is revisited as a burst of relief on “My Kind” – a sort of follow-up to “Here”, in which Cara finds herself in a situation that brings her the joy and comfort she craves. It’s a brief period of bliss on an album that makes no apologies about its struggles, but it’s one of many moments that confirms Cara’s journey is as authentic as it is unpredictable.