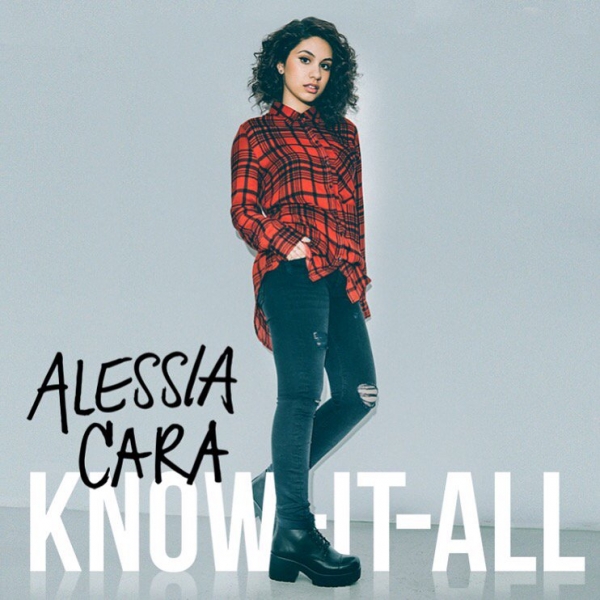 The opening volley from BBC Sound of 2016 runner-up Alessia Cara’s debut album appropriately reminds us of her young age, as the 19-year old writes about being two years younger at “Seventeen” and wondering why you are at a party with people you don’t like, listening to music you’d never play…

For an artist quickly rising to fame as a viral sensation (she cites Ed Sheeran as an influence, Ed Sheeran, who released his first album in 2011) she can still be seen on YouTube as a 15-year-old covering The Neighbourhood in her bedroom. Now she's equally quickly brought out her own collection to test the waters with her own material.

And it’s pretty solid, really. With producers and co-writers presumably having fought hard to gain their spot on her bandwagon, the most impressive thing here is Cara's own, unavoidably soulful voice. It’s the kind born of the talent show generation; hugely proficient but with that produced modulation which can become frustrating. Looking back through her YouTube covers - which are so successful for their stripped-down quality - it’s the influences such as Alicia Keys that you yearn to hear (one of the best is a 30-second snippet of "Killing Me Softly"). Comparing Know-It-All to her early viral days is important, as you can see what she’s lost and what she’s gained.

These days, the girl sure can make a hit; “Here”, “I’m Yours” and “Wild Things” ooze chart potential, delivering rich vocal pop and bursts of her excellent, half-rapped lyrics. The familiar snap of the drums and the admittedly rather formulaic musical backdrop come together. It works.

In “Wild Things”, where she sings “we make our breaks / if you don't like our 808s / then leave us alone”, she appears to have spotted the snobs coming, which has its own charm among a cleverly written collection of tracks. Bereft of her big production on “Stone” and “Stars” she gifts us the type of sound you might have been waiting for. However, this type of ballad leaves her a bit exposed, as her voice sounds plainer and also lacks the lyrical wit and rhythm of the previous songs.

Despite her enormous talent, Know-It-All can feel a little rushed. Fair play to want to capitalise on momentum, but artistically it would have been interesting to hear what could have been achieved with a little more time spent finding Cara's own sound, rather than mixing so many in to ten tracks. And yet, in her own (paraphrased) words, ‘if you don’t like it, you can leave it alone’.