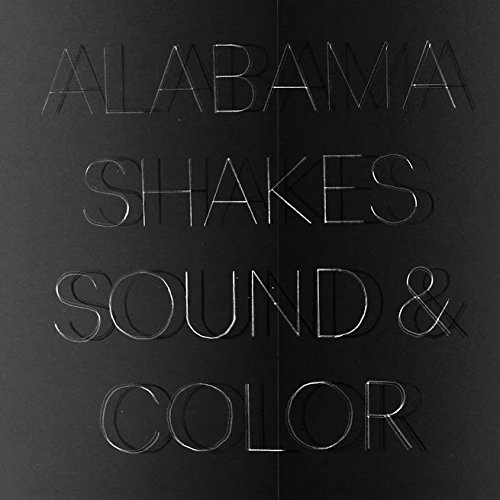 The Alabama Shakes — from the name to the members to the music they make — are a band deeply rooted in the American South, but their 2012 breakthrough debut Boys and Girls vaulted them out of Athens, Alabama and into the chart-topping stratosphere, earning them Gold Record status, three Grammy nominations, and the chance to tour internationally, both as headliners and as support for other Southern titans like Jack White and Drive-By Truckers. Seemingly overnight, they became one of the biggest rock acts in America and beyond. ​

After that surprise success, it would have been hard to fault the 'Shakes for going back to the well that brought them here in the first place. They could have banged out ten new blues-rock retreads, enjoyed their festival headliner status, and watched the money pile up (here’s to you, Mumford & Sons), but they avoid the temptation on second LP Sound & Color. Expanding on the influences that ran through Boys & Girls without ever relinquishing their embrace of them, Brittany Howard and Co. have hit something of a second album sweet spot with a collection of twelve songs unlikely to confound their fans, garner any outright negative reviews, or slow the momentum they’ve earned in the last three years.

The result — frustrating though it may be at times — is largely fantastic. Listening to the foursome branch into unexplored territory is exhilarating, and they waste no time here: the vibraphones that introduce the album’s title track and opener ring with ambition, a neon sign announcing the arrival of a New and Improved Alabama Shakes. Bathing in that warm glow is a sultry neo-soul ballad that eschews a traditional chorus and any hint of a six-string for a melodic call-and-response and swelling strings. Adventurous lead single “Don’t Wanna Fight No More” is disco on downers, with dueling guitars brushing closely enough to start the inferno; Howard’s fervent falsetto crackles over the top like so much smoke.

“Dunes” seems at first to be a return to Southern riff-rock a la breakout “Hold On”, but it ends up sounding like King Crimson giving their best shot at a Lynyrd Skynyrd cover. “Future People” is a hodge-podge of future funk made memorable by a fuzzed out bass that threatens to crush the chorus beneath its weight and pianos that bash away the song’s final seconds like computer controlled instruments. Organ is the glue that holds “Gimme All Your Love” together, providing a rapturous thread to trace through the song’s transformation from spacey ballad to dance-ready rock and back again, Howard’s vocals exploding like a supernova again and again with those four little words.

There’s no denying the role that voice played in making the Shakes a success, and Howard is no less ferocious here. The smack of her lips on “Sound and Color”, the whiny wheeze that begins “Don’t Wanna Fight No More”, the unintelligible shout-along chorus of “Future People”, the bluesy, brilliant phrasing on the verses of “Miss You”, the myriad ways she erupts on that song’s chorus; all of it is inimitable and altogether lovely. But what separates the wheat from the chaff on Sound & Color is the role that Zac Cockrell, Heath Fogg, and Steve Johnson, aka the rest of the band, are allowed to play. Though they serviced the eleven songs of their debut admirably, they could have been Stax Records sit-ins or Muscle Shoals Swampers, and Boys & Girls could have just as easily been filed under “Brittany Howard feat. The Alabama Shakes”. The best tracks on this second album find them stepping out from behind the shadow cast by their extraordinarily talented frontwoman to create the most complex and unique compositions of their career to date.

This isn’t the case on every track, unfortunately. “This Feeling”, “Miss You”, and “Shoegaze” form a trio that could have, from the sounds of them, been released as B-sides in 2013 to maintain fan interest and provide a boost to the band’s live sets. “This Feeling” provides an unnecessary mid-album tempo shift that threatens to derail the momentum of the five highlights that precede it; “Miss You” starts as a gentle soul number heavy on the arpeggiated guitar and brushed snare before an explosive chorus that immediately recalls 2012’s “Be Mine”; “Shoegaze” again channels Southern riff-rock, but without any of the psychedelic vigor of the aforementioned “Dunes”.

Even when the Shakes get weird, they don’t always hit the nail on the head quite as precisely as they do on the album’s opening quintuplet. “The Greatest” begins as a manic garage tribute to The Ramones, but it’s quickly broken open by raked chords and a hi-hat shuffle. Seconds later, it lurches forward again; the band never seem entirely sure where the whole thing is headed or when it will stop, but they’re dead-set on pointing the thing forward and pushing, goddammit. “Gemini” is a slow burn, start to (…six and a half minutes later) finish, a mushroom trip paved with chopped up lyrics and fuzzed out guitars. It’s mostly enjoyable, but that won’t stop you from glancing over at the clock and asking “Dude, how long have we been here?!” It even goes on for an unnecessary thirty extra seconds for good measure.

All this makes for an album that’s difficult to analyze as a whole. While Boys & Girls seemed to crawl out of its creators fully formed, Sound & Color feels like it might require a longer gestation period. It is both brilliant and uneven. It defies expectations without disrupting the status quo. Speaking with The New York Times recently about what it felt like to deviate from the set list the band has been playing for the last four years, Howard had some prescient words: “It reminded me of 2009, when we were getting up onstage together for the first time, and it was scary, and you felt completely vulnerable to the crowd. It was that feeling of: I’m terrified, but I need to do it. I have to do it. ’Cause if I don’t do it, then everything’s gonna stay the same.”