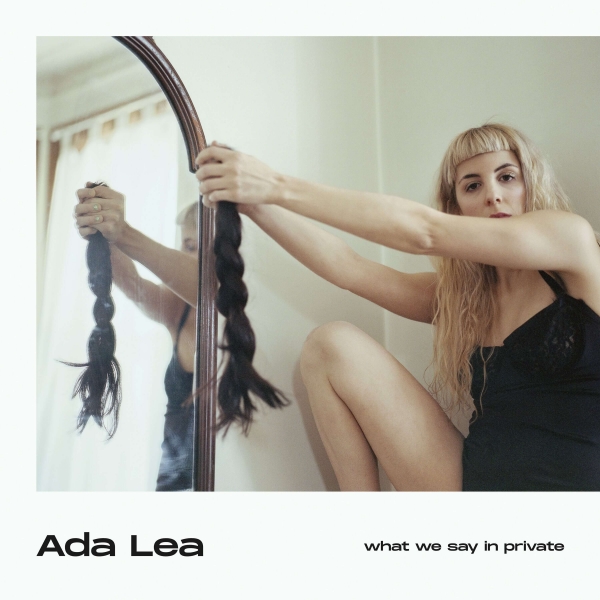 A unifying and explorative experience, Ada Lea’s debut album manages to blend seamlessly between an ode to life and the boundaries from which we want to break free.

Building walls of emotional exposure all throughout what we say in private, then bringing them crumbling downward with a rich and beautiful starkness, Québécois visionary-cum-songwriter Lea holds all the power. The brief - it's only just over thirty-five minutes long - yet meticulously crafted escapade tackles a lot musically while deftly exploring the inner reaches of Lea's mind.

She also manages to propel and dart between the delicate and the brash. "mercury" initially establishes as a stead-fast walk through the rubble of a relationship, before moving away down a hidden avenue - as is the Lea way of doing things - and taking you to a profoundly serene scene that counts its way to the closure.

It's the way Lea manages to encompass so much through considered minimalist elements - though truthfully it's in what's left out that the weight of the songs are truly carried, exposing the confusion and derelict nature that human relations can inhibit. It's in these empty moments that Lea colours in-between the lines. Atmosphere plays a significant part; the uncertain tranquility that befalls a winters evening air, enhanced by the clinking of glass ("the party"), or the purity of nature with bird songs wrapped around brief, processed spoken-word ("just one, please") it all establishes Lea as an artist - someone who sees the grander picture, first and foremost.

Following her MO of differentiated thinking, "wild heart" begins with a sombre guitar line with Lea's angelic vocals misting in above. But soon everything cascades into a waterfall of minutia sounds, each overlapping and causing peaceful chaos that gives way to a melodic resolution.

Not a single moment is out of place. Everything is crafted to induce a reaction, "180 days" - an ode to Lea's journaling experience for 180 days, post-breakup - introduces seconds of white-noise bringing symbolism to the confusing nature of this loss, while her words put life to this all-too-familiar scenario.

But it's closer "easy" that knows how to bottle these experiences and to give them a force. Tying everything together with a fuzzy recognition that "It's not easy", while life certainly isn't, what we say in private makes it all a little bit more so. Ada Lea has a musical mind that pushes so much further than just some melodies and words.