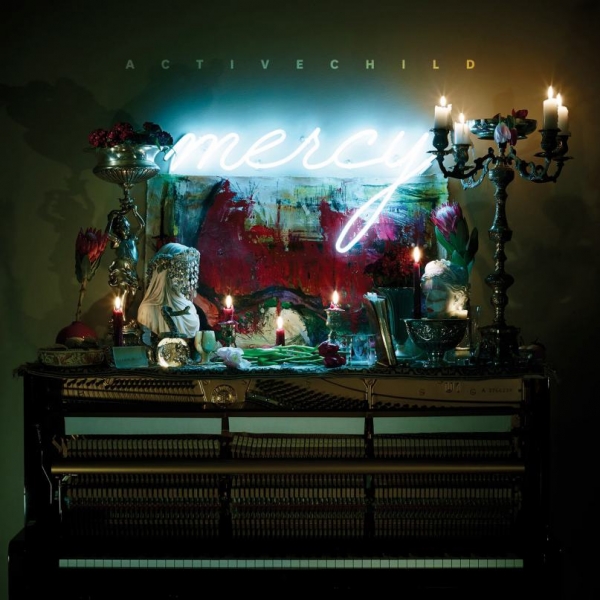 You have to feel for Pat Grossi, AKA Active Child – he’s stuck in a bit of a bind. His debut EPs (Curtis Lane and Sun Rooms, 2010) and his first longplayer (You Are All I See, 2011) generated an avalanche of support from both lowly bloggers and high-profile musicians, including collaborations with How To Dress Well and Ellie Goulding (who even covered his “Hanging On” on Halcyon). Now he has to follow that.

You'll have noticed that this is his second LP. And yes, the implication is: it's a tough one. Active Child seems to be facing a particularly complicated case of “difficult second album” syndrome.

2013's Raptor EP didn't meet with tidal waves of approval, criticised for leaving behind the distinctive sound of 2011's You Are All I See. Where were the lavish, undulating, cascades of harp? The cavernous resonance? The grandiose statements of proverbial wisdom: “all good things in time”?

Unfortunately, replicating that sound ad nauseam was never a sustainable option. The cruel irony of having a highly original and cogent aesthetic is that, soon enough, all your material begins to blur into one homogenous mass.

To avoid stagnation, Grossi had to branch out. But change is always a gamble. And on Raptor, it might be fair to say, Grossi lost.

Adapt and survive, they say. So, where did Grossi decide to go with Mercy?

“Mercy”, as a track and as an album as a whole, channels the ethereal R&B vibe on which 2011's “Playing House” was built. Only this time, it's smoother: “Looking at it from the bottom to the top, you can do it baby, show me what you got, give me what you got now”. Which leaves you wondering... is this a sex album? From Active Child? That's unexpected.

“1999”, the album's opener, is a mission statement for the LP. The title alone betrays the nostalgia which suffuses the following 36 minutes. But, as always with Active Child, nothing is conventional. Even this 90s inspired slow-burner is dappled with flecks of slide guitar and harp.

“Midnight Swim”, with its sinister pizzicato and rippling piano chords, injects the requisite dose of atmospheric abstraction. Although it feels weird to interrupt this collection of slow-jams with a two minute interlude that resembles the soundtrack to a naughty teen skinny dipping in slasher pic - it wouldn't be an Active Child album without it.

So, what is Mercy about? With Grossi getting all sexy like, crooning à la R Kelly - is Mercy what Black Panties could have been, if written by a harp-strumming choir-boy? No, that would be facetious – and overly simplistic.

Despite the not insignificant amount of flack directed towards Active Child for being too “serious”, this album sees Grossi playing about. Active Child's sometimes overly earnest brand of pop suits the R&B torch song, as shown by “Too Late”. Mercy is an experiment which yields interesting, if not consistent, results.

Good things do come with time, and this LP is no doubt a stopping point on Active Child's journey to uncharted, challenging places.