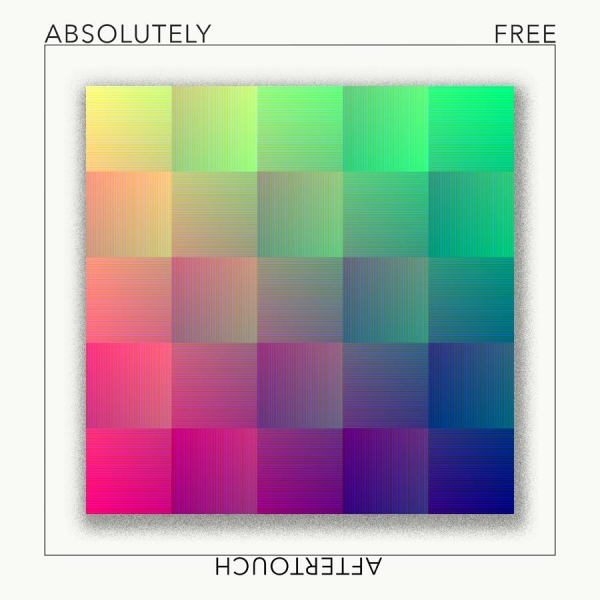 Canadian alt psychedelia/rock three-piece Absolutely Free have been on the scene for a couple of decades now, if you consider their first band, DD/MM/YYYY.

After the break up of the latter in 2011, Absolutely Free was born. Ditching the art-punk sound and opting for an easier-listening, more free-flowing concept, Aftertouch is their second official album release, and it’s a pleasant and promising return for the band.

We are still experiencing a psychedelia revival at the moment, in all its musical forms. Aftertouch resides in the indie/electronica subcategory, a genre that’s been hugely popularised since the infallible rise of Kevin Parker’s Tame Impala. From its opening track “Epilogue”, this is a warm and comforting record, and the understated euphoric tone is undeniably enjoyable. The previously released single “Interface” is a strong track with a catchy synth-induced tune, and “How to Paint Clouds” is an upbeat pop triumph with echoes of The Horrors. The whole album relies heavily on synths, creating an inevitable but subtle 1980’s undertone throughout. “Are They Signs?” opens up like a retro synthesizer film score, in a style not dissimilar to the soundtrack of popular series Stranger Things, and proceeds with further nostalgic undertones.

While Aftertouch may not be pushing the boundaries of modern music too much, it’s an enjoyable record with well-crafted songs. These tracks are sure to do well in the festival circuit, and with that in mind the album probably would have benefitted from a summer release, but there’s always next year. So as we wave goodbye to summer, Aftertouch may help soften the blow, offering some light relief in the form of ethereal psychedelic electronica.