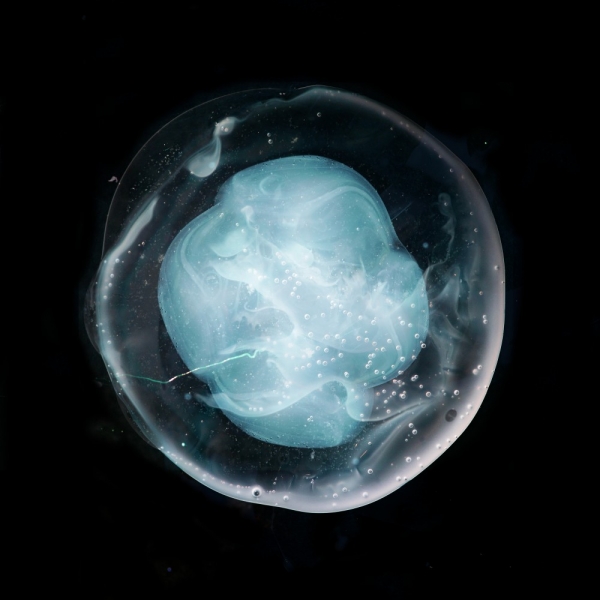 Inspired by the mystically-tinged abstract paintings of Hilma af Klint and the all-female group (“The Five”) to which she belonged, A Winged Victory for the Sullen’s new album is an at times profound meditation on certain aspects of spirituality, most notably those arising out of a consideration of death.

It’s necessarily a restrained work, but all the more effective for that. Some of the complexities of earlier records, such as Atomos, here give way to more stripped down (though no less beautiful) arrangements, individually more clearly defined perhaps, and with a more precise sense of subtle linear development in many of the tracks such as the bizarrely titled but utterly captivating “The Haunted Victorian Pencil”.

A range of studios was used, including Ben Frost’s in Reykjavik, to particularly fine effect, with some lovely varied nuances across the soundscape, bringing out specific characteristics of older synths in “The Rhythm of a Dividing Pair”, yet managing to avoid the dangers of over-stylization. Too often, music categorized rightly or wrongly as neo-classical has a drift that could (charitably) be described as ambient or (more accurately) as aimless. On this album, however, the structures of individual tracks such as “The Slow Descent Has Begun” are clear, and the music progresses with a sense of purpose where the individual components and the unity of the composition are evident.

It’s easy to be seduced by an overall immersiveness, but the album is especially rewarding when one pays attention to the careful construction of tracks like “A Minor Fifth Is Made of Phantoms”, where the delicate interplay of instruments creates an impressive variety of cadences. The album marks a significant advance for A Winged Victory…, in accepting the challenge of unorthodox inspiration, and doing musical justice to it in highly convincing fashion.