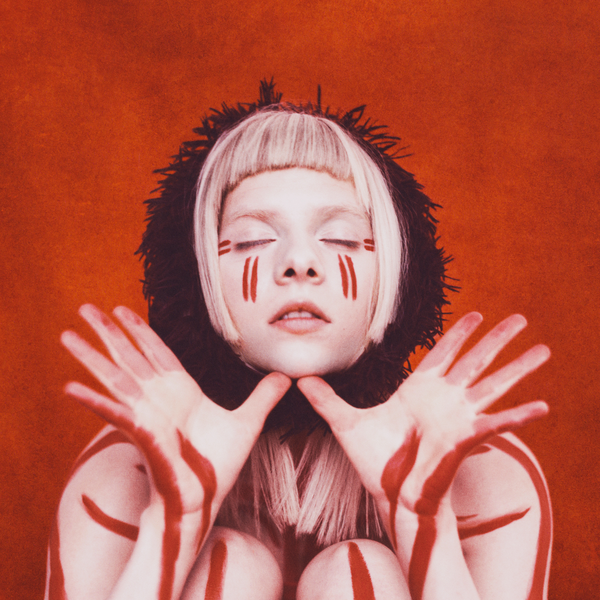 A Different Kind of Human is the third full-length album from Norwegian artist AURORA, and acts as the second half of her double album following last year’s Infections of a Different Kind. During the first half of this two-part effort the pop star explored the complex reality of corporeality and provided a stellar album not lost under the weight of its own conceptual ambition.

A Different Kind of Human is no shyer in its intention, as the 22-year-old (full name AURORA Laura Aksnes) turns her gaze towards ecological crises and the consequences that self-serving attitudes have wrought on society and the landscapes which surround us.

You need only look to the single "The Seed" to appreciate this. AURORA’s continual chant of “you cannot eat money, oh no” is the clarion call by which the singer hopes that people will take notice, or as she puts it “the music is supposed to be fuel… not against people but for the fire inside us”.

Aksnes’ skill has always lain in her ability to contain messages of this sort within soundscapes that command deeper listening and this is still the case. A Different Kind of Human is Aurora’s most sonically diverse release to date, whether due to the outstanding production, or the often-stunning instrumentation, the album is endlessly intriguing and constantly engaging.

"The River" is perhaps Aurora’s best song to date and will no doubt serve as the perfect introduction to her music to many. It presents a space in which her voice skips adroitly across an expanse of drum machines and electronic synths and consequently it is almost mesmeric in its triumphalism, commanding multiple listens.

Alternatively, "A Different Kind of Human" is a slower, more isolated piece during which Aksnes takes centre stage, starting in relative music isolation and building to moments of overwhelming hopefulness in an album consumed by them.

Wherever you are in the album, you can feel the confidence of an artist willing to take risks and experiment with her art to confer her message effectively, consequently the album is a joy to listen to as you’re never sure of where you’ll be led next.

The central struggle in any two-part musical release lies in the ability to maintain conceptual consistency whilst creating meaningful differentiations through which distinctions can be drawn. With A Different Kind of Human, Aurora has proven that she is more than capable of walking this artistic tightrope. It is an album as confident as its predecessor and just as able to deliver upon it. It is Aksnes’ finest release to date and guarantees the essentiality of her artistic duologue.