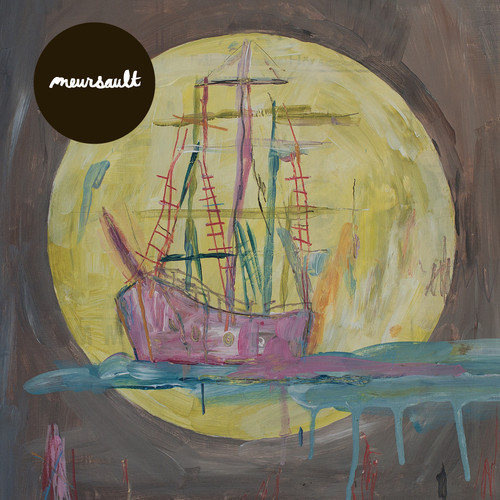 It’s been a fascinating few years for anyone following the progress of Edinburgh’s Meursault. The band’s 2008 debut Pissing On Bonfires / Kissing With Tongues was a masterful cauldron of ideas that buried beautiful melodies beneath stratospheres of scratches and fireworks. It sent critics scrambling for superlatives and set the bar sky high. So much so that the response to its follow up was, relatively speaking, underwhelming. In retrospect though, the scruffy, lo-fi All Creatures Will Make Merry seems a more realised, focused record. Perhaps Meursault decided that it was better to bottle all the disparate ideas, shake them about a bit and pour out something a bit more consolidated, but no less interesting or enjoyable. And hey presto: it worked.

Their third leap along the evolutionary path (because it most certainly represents progress) is the most drastic yet. The general direction is the same: album number three is more consistent, structurally, and the melodies are more nuclear still. For the first time though, the band has released a cleanly polished set of songs, as nature intended them. The electronics have been discarded in favour of a more analogue setup: keys and strings are to the fore.

And then there’s The Voice. When these ears first bore witness to a Meursault live show, they were stunned into submission by Neil Pennycook’s booming, beautiful vocals, which filled the venue, leaving us to wonder if he’d had a megaphone lodged in his larynx. On album number three it’s been bumped up the bill and unleashed in all its glorious technicolor. Meursault the capricious art project has given way to Meursault, the band. And boy, do they scrub up well.

It shouldn’t come as that much of a surprise. Arguably the most enjoyable moments of the first two albums were the simplest: the plaintive ‘A Small Stretch of Land’ from the debut and ‘Weather’ from All Creatures… being fine examples. Indeed, if fault is to be found in their earlier output, it’s in the band’s erstwhile penchant for gilding the lily. On Something for the Weakened, though, it seems Meursault are satisfied to let the core song do the work. The wonderfully straightforward opening track ‘Thumb’, then, is an appropriate harbinger. Over a strummed ukelele and gentle backbeat, Pennycook repeats the mantra: “We will not be weakened any more”. It’s more resigned than defiant, but sets the tone beautifully.

‘Lament for a Teenage Millionaire’ originally appeared on the first album as a jittery, fuzzy electronic stomp. Here though, it’s reworked as a gorgeous folk song, swept along by a banjo, some strings and a lilting piano riff. Pennycook’s voice, previously submerged in a maelstrom of synths and beeps, is bare and broken. It’s this visceral outpouring, inescapable on stage, that defines Something for the Weakened. On ‘Settling’, you can almost sense the frontman’s veins rupturing his neck as he bellows, sardonically: “Ha, fucking ha”, while on ‘Hole’, amid some lovely harmonies, you can just about see his eyes welling up with tears.

Just as some lamented the scratchy production of All Creatures Will Make Merry, you can bet that there’ll be those who bemoan the slick production and relative uniformity of Something for the Weakened. Such is the cross a band as changeable as Meursault have to bear. Thankfully, though, they’ve always been aware that unbroken eggs do not an omelette make and this is the strongest set of songs the band has offered up to date. So pick up the record and enjoy it, but just don’t expect Meursault to rest on their laurels for too long.