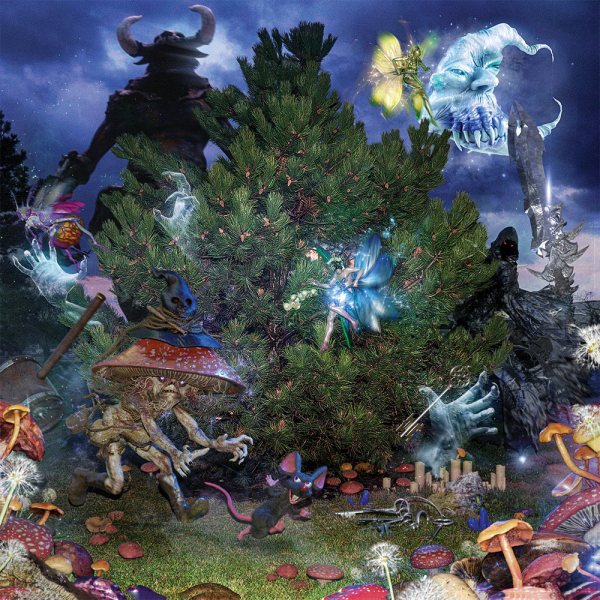 When there’s a lot of heresy and hype about an upcoming artist, it’s difficult to separate the wheat from the chaff.

Unfortunately for 100 Gecs, they’re one of those rising duos with a wildfire reputation that precedes them. In fact, if you are interested in the indie experimental electronic pop circle, you’ve probably heard of them already.

Is it even appropriate to call 100 Gecs ‘upcoming’ anymore? Their debut album 1000 gecs was released in 2019, and they’ve racked up 9,000,000 Spotify streams on "money machine" alone. They are yet to break into the mainstream electronic world, however, but with music as wobbly and industrial as theirs, it’s anyone’s guess if they ever will - or if it even matters.

The duo’s remix album 1,000 gecs and the Tree Of Clues consists of nineteen outrageous mismatched and misaligned tracks featuring a hoarde of guests that would make the nearest hype machine explode, inclduing the likes of Charli XCX, Rico Nasty, and Kero Kero Bonito.

There’s nothing cohesive on this record other than its inconsistence. For a remix record chock full of cherrypicked edits and revisits, that’s not surprising, but it’s a bit of a difficult listen for those not wholeheartedly throwing themselves into the fray. It often feels like the sound crosses the faint line between music and Windows XP glitching which makes it a bit tricky to dance to, but then again, that’s probably not the intended vibe of this record.

Whilst the album seems impenetrable on an emotional or classically thoughtful level, that’s not to say that there’s nothing of worth in these nineteen tracks. There are some melodic hooks in "ringtone", innovative pop screeches in "gec 2 u", heavy aggressive dubstep in "800db cloud", and industrial country R&B in "gecgecgec", but the general order is one of chaos that maybe one day will make sense.

It feels difficult to give this album a coherent discussion. This is some of the most futuristic and far removed from mainstream music being made at the moment, and maybe that’s why the duo have sold out tours across the USA.

This is music that would find itself in a playlist both at faux-edgy university students’ afters and a New York or Philly-based music critic’s public Spotify account. It’s not for the faint hearted, but if you want to venture into the abyss, there’s a decent amount to marvel at. The future moves fast, but 100 Gecs move faster.