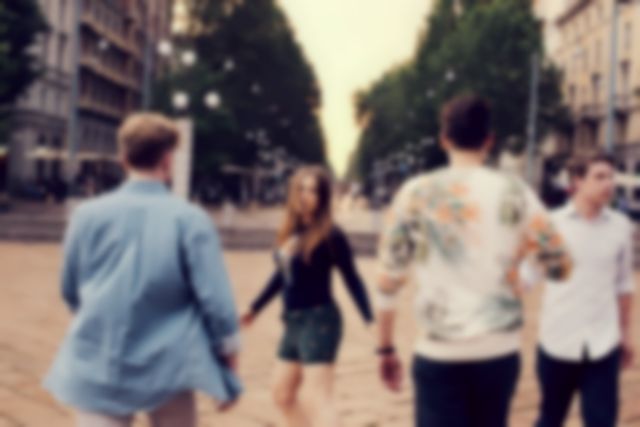 The warm weather meant that the crowd were appropriately dressed with plenty of short denim shorts and neon t-shirts in view as the Newcastle via Milan band arrived on stage in a swirl of 80’s synth and primary-coloured flashes of disco lights. They started as they meant to go on, song after song bringing driving basslines, four-on-the-floor disco beats and catchy choruses.

By their second song in, “old” favourite ‘Sol’ had the room dancing along followed by a huge cheer as the bass for their latest single ‘Move’ kicked in; front-woman Daisy jumped around the stage with never fading energy. Thomas’s backing harmonies were not as present in the live show as they are on record, but overall it was a tight performance from the band, bringing some solid credibility to what could be otherwise overly saccharine pop.

A short but sweet set, lasting less than half an hour, they definitely left the crowd wanting more of their signature feel-good hooks.