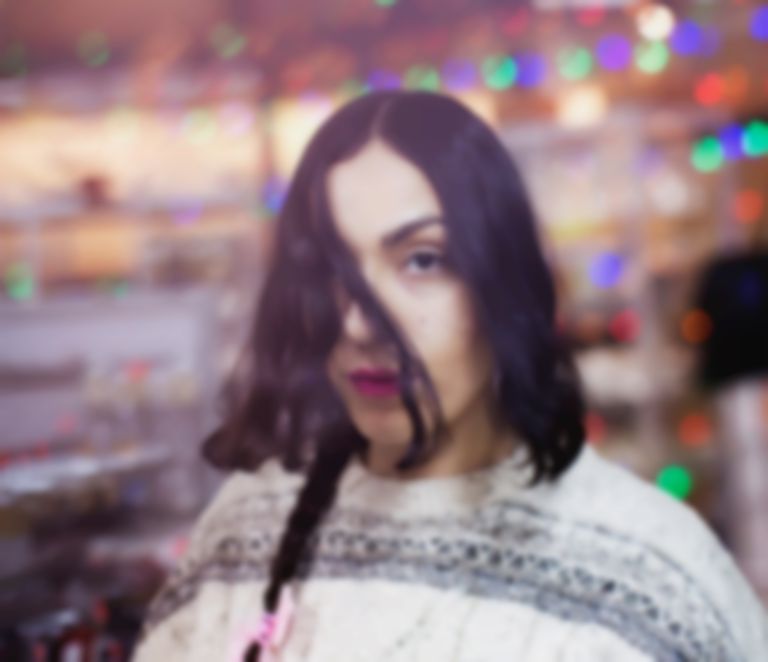 "Holy Bubbles" is taken from Zhala's self-titled debut, and the video is directed by Tony Karlson. It was shot in L.A. earlier in 2015, and sees the cosmic-pop singer go super high-concept, as explained in the press release:

"[It] investigates the concept of a concept where Zhala plays Zhala and Kim Kardashian is on acid in a doomed State. The video portrays an Anastacia-inspired personality in a post-apocalyptic environment where mankind's actions continue to tremble the power of the earth.... [she] takes you on a breathtaking adventure in which a woman explores her wildest fantasies after the end of the human race. On her journey, the woman crosses upon two bodybuilders and a tattoo who all help her explore the boundaries of acceptance. With only a Porsche full of beige clothes, we follow the character Zhala's shattering investigation through dreams, sex and hahaha..."

Zhala is released via Robyn's Konichiwa Records label on 25 May.

Check out the "Holy Bubbles" video below.