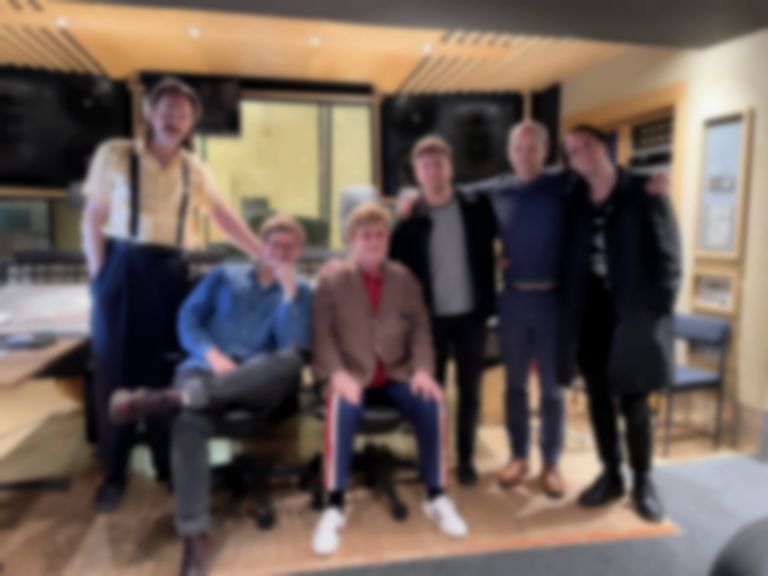 Yard Act have joined forces with Elton John on an updated version of their The Overload track "100% Endurance".

The new version of Yard Act's "100% Endurance" features Elton John, and was recorded at Parlour Studios and Metropolis Studios. "100% Endurance" is the closing song from Yard Act's debut album The Overload, and the updated version is produced and mixed by Ali Chant.

Lead vocalist James Smith said of the collaboration, "Within our camp we have a saying: ‘Mad shit happens when you do art’ - it means what it means. You make stuff because you want to make it, and you throw stuff you've made into the world because you'd rather share it than not and then you leave it alone and let it do its thing. That thing you did can take you to places you didn't intend to go with it, but it's out of your control really. You have no control over the mad shit. It just happens (when you do art). Elton John saw our stuff and he started telling the press he thought we were good and then we chatted on the phone and after a few calls I said ‘Elton, do you want to come to the studio and play piano on a tune?’ because, fuck it, it doesn't matter if he says no. Anyway, he said ‘yes’, so it doesn't matter that he didn't say no. I don't know what else to say. He's brilliant. Switched on, hilarious and an amazing musician."

John said, "From the first moment I heard Yard Act, I fell in love with James' lyrics, and the way he's delivered the song. Their sound is such a breath of fresh air. When James called and asked if I would come into the studio I instantly loved the idea. I started out as a session musician in the late '60s and I absolutely loved it then. It was such a thrill to be thrown in with musicians I'd never met before, it pushed me out of my comfort zone and I became a better musician. During lock down I had the time on my hands to really start doing that in a concerted way again, and I fell in love with the challenge and the process all over again. They're a very special band, with a massive future ahead of them and I'm honoured they've let me be a part of their journey."

Smith added, "After he'd laid down the piano and laid down the vocals, taking direction from us and trying everything we asked, Elton reiterated his love of sessioning on other people's tracks and said something very poignant to me and Ali - "I love playing on other people's songs, especially these guys, because I started off as a session musician. The fascinating thing is you hear things so differently from other people, and when you hear what they hear, then it all makes sense." That insight, that curiosity and that approach to music is the reason he's still standing (after all this time). Elton is a diamond. It was an honour to collaborate with him. My mum is showing off to all her mates and mad shit happens when you do art."