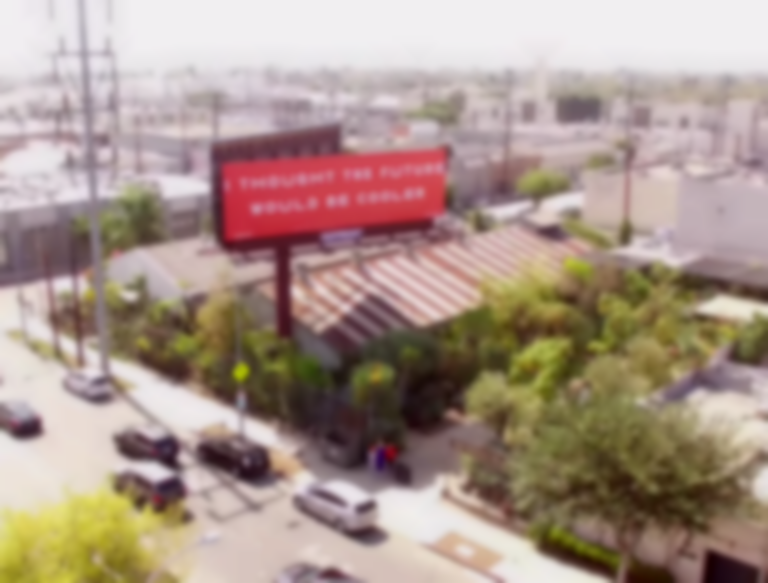 L.A. dance rockers YACHT have announced a new album called I Thought The Future Would Be Cooler, the follow up to 2011's Shangri-La.

I Thought The Future Would Be Cool is their fifth album in total, and was announced via a drone-shot trailer and a Google Maps pin.

"The future is an impossible goal. It’s something we chase after, believing in an illusion of control. That isn’t to say our actions don’t affect what the future is like— in our case, hot, dry, loud, unjust—but that once we catch up to yesterday’s future, it’s no longer what we imagined. It’s just the present all over again. And so on.

"We’ve made an album about that. It contains some speculations about the future that are big and distant as science fiction stories. But it’s also about looking carefully at the world around us and trying to understand what we’ve done with the imaginations of those who came before us. Would they believe it?

"We live in a complex moment. There seem to be networks at every level of reality; as with all our technologies, we can’t keep ourselves from grabbing them, turning them around, and using them as a mirror. Every person is a node. Our technological economy is full of entities selling our own lives back to us. It’s easy to feel disillusioned, if only it wasn’t all so funny sometimes. #ITTFWBC"

@googlemaps It's not a place you go, it's a place that comes to you! ❤️

I Thought The Future Would Be Cooler is released later this year via Downtown.