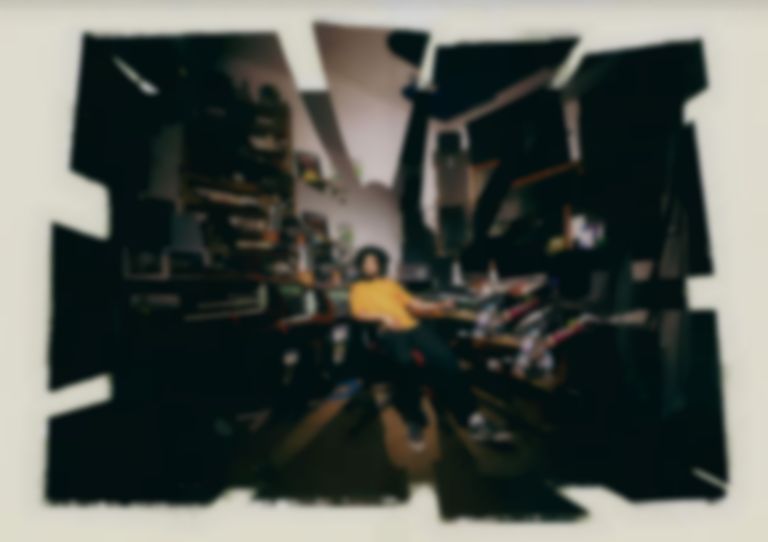 South London vocalist, multi-instrumentalist and producer Wu-Lu has delivered new track "Broken Homes" with a Wong Kar Wai and Blade-inspired video, which accompanies the announcement of his signing to Warp Records.

"Broken Homes" is Wu-Lu's first outing since May's "Being Me", and also coincides with the announcement of his new label home - Warp Records.

Wu-Lu said of the new release, "All the shit that you deal with on a daily basis, things can always get better because at the end of the day we are all worth more, we are kings and queens, diamonds in the rough, we are beacons of light in the dark. But it's about unlearning the bullshit that you have had to endure and learn to be normal. When the fact is better than what you have in front of you."

Frequent collaborator Denisha Anderson directed the accompanying video for Wu-Lu's latest release, and explained, "For our third video collaboration, Wu-Lu and I wanted to take a journey back to his youth and set it in the mid-nineties/ noughties. We took inspiration from the films of Wong Kar Wai to the iconic vampire movie Blade alongside Wu-Lu's own childhood memories. We wanted to explore something simultaneously comfortable and uncomfortable, familiar and yet dark too."

Back in September Wu-Lu's cover of The Mamas and the Papas' "California Dreamin'" was shared online, which he performed as part of his Best Fit secret session at this year's End of the Road Festival.