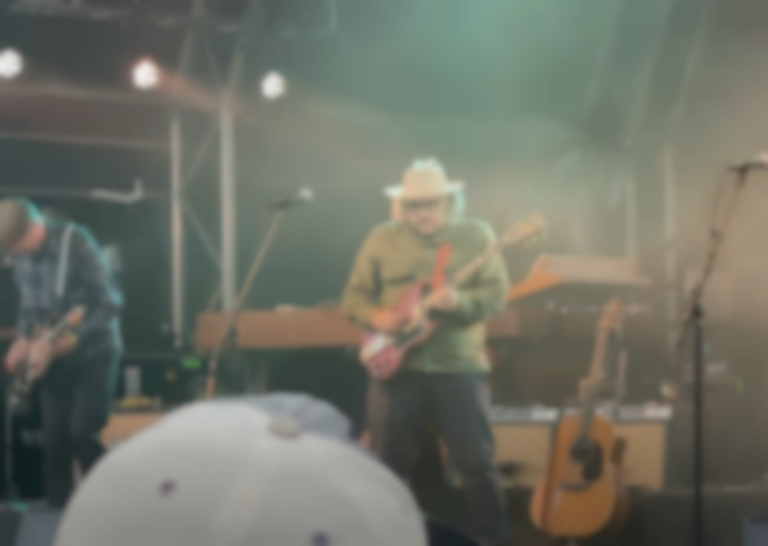 Wilco and The Waterboys headlined the second day of Black Deer Festival last night – with Mike Scott's legendary band cutting short their set due to rain.

The extreme weather conditions meant that the festival had to pause all performances temporarily but not before Jeff Tweedy and Wilco's set, which saw them draw heavily from this year's Cruel Country record alongside A Ghost is Born and Yankee Hotel Foxtrot.

Elsewhere onsite, a massive crowd gathered at the Clifton Chilli Club where a chilli eating contest was hoted by the live fire stage, while a convereted 1951 Ford F6 truck served up 18-hour cooked BBQ. There were standout performances from Belfast singer/songwriter Amy Montgomery, and Nashville storytelling at its best from CAM who played The Ridge stage.

The festival continues today - storms permitting - with a headline set from Van Morrison.