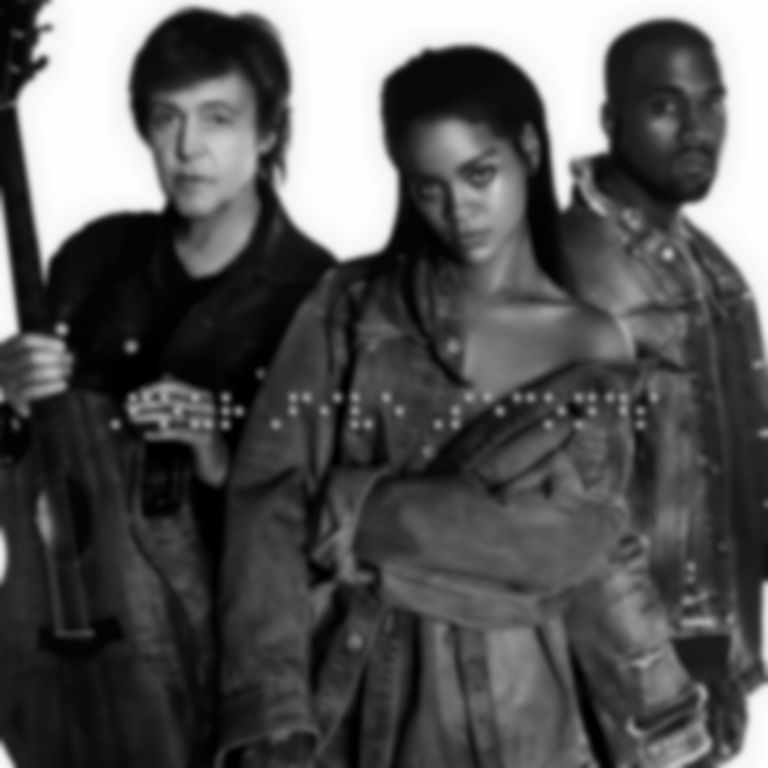 Kanye West, Rihanna and Paul McCartney's video for "FourFiveSeconds" has surfaced, and it features a lot of denim.

The clip is directed by Inez & Vidoodh, and sees the three musicians perform the track in black and white, seemingly the same setup as the single's artwork (see above).

Rihanna's R8 - the speculative title for her upcoming eighth LP - is widely expected to drop this year.

Also, Rumour has it that Kanye and Rihanna are also gearing up to co-tour in the summer after the pair played DirectTv's Superbowl pre-party together.