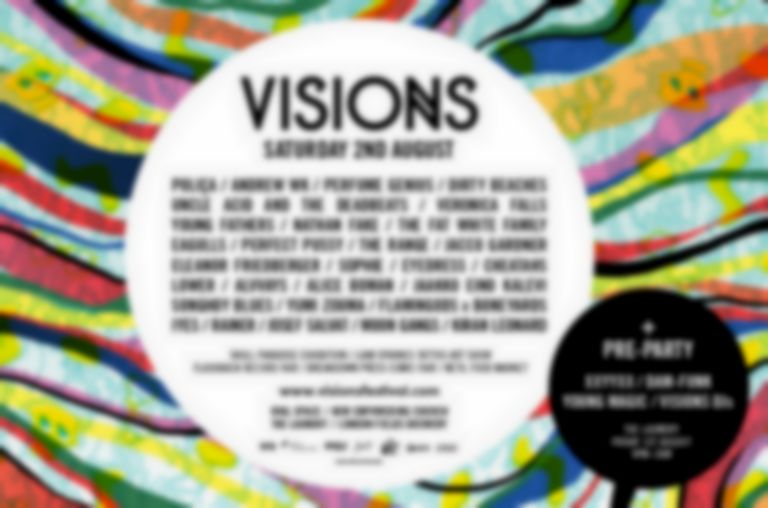 ​With just two weeks to go, East London’s Visions Festival has announced the final acts to be completing its bill, in the shape of Nathan Fake and Cheatahs.

Are you looking forward to playing festivals this summer, and what can we expect from your performance at VISIONS this year?

We’re finishing off our album at the moment so will just be playing a few small ones this summer. We’re looking forward to trying out some of the new songs live.

What do you feel are the benefits of the more intimate, indoor festivals, like VISIONS, compared to that of the bigger, airier outdoor festivals?

Darker is better for atmosphere - especially if you’re playing early in the day!

Visions is an independent, affordable and creative community-based event. How do you feel about playing events like this as opposed to bigger, and often mainstream-orientated ones?

It’s fun playing smaller more intimate events like this. They tend to be curated better than bigger events which just throw in everything and there’s usually really good interesting people to meet. It’s nice on the day feeling like everyone’s in it together rather than being a part in a big scary machine.

How is playing in London and the UK different to playing elsewhere for you?

We live in London so it can be a lot of fun playing shows with lots of friends down but it can also be quite industry / cool which you don’t get so much out of London so it’s nice playing around the country too. We haven’t played abroad with Rainer yet, but on the continent you get treated really well, like making music is a real job! The food is good too.

How do you approach playing festivals when there are so many artists on a bill, and at times audiences may be witnessing you for the first time?

It’s just really nice to be a part of something where there’s loads of good acts to see. Its exciting to grab peoples attention who’ve never heard of us, so the approach is no different, we’ve just got to be really good, and go easy on the really slow ones.

What is the thought process behind constructing a set for your perfect festival setlist?

How do we get their attention and how do we keep it? To make sure we have a good time too. For a daytime festival set something laid back and summery is nice but we don’t have too many of those so will have to work with what we’ve got! If we were Pulp it would be to play an hour long version of Common People with a Disco 2000 segue in the middle.