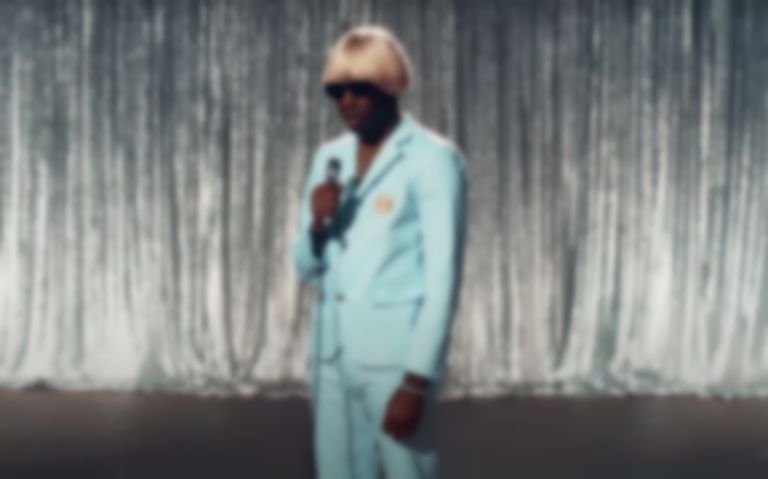 After beginning to tease his next era with a billboard and hotline last week, Tyler, The Creator has dropped another teaser trailer featuring the words Call Me If You Get Lost.

The new teaser, which Tyler, The Creator captioned "10. SWEET" on Instagram and "SIDE STREET" on Twitter (which is a slightly different teaser), sees the artist kissing a girl while leaning on a pink car and holding a dog on its lead, before Off Future's Taco comes out to reunite with his girl just as Tyler, The Creator drives off.

At the end of the clip, the words Call Me If You Get Lost appear, which fans think could be the title of his upcoming album following the Sunset Boulevard billboard last week that featured the same words, and a number that when called played a clip of his mum speaking about how much she loves her son over a mellow instrumental.

Tyler, The Creator is yet to provide any details about the teasers, but if it is a new album, it'll follow 2019's IGOR.