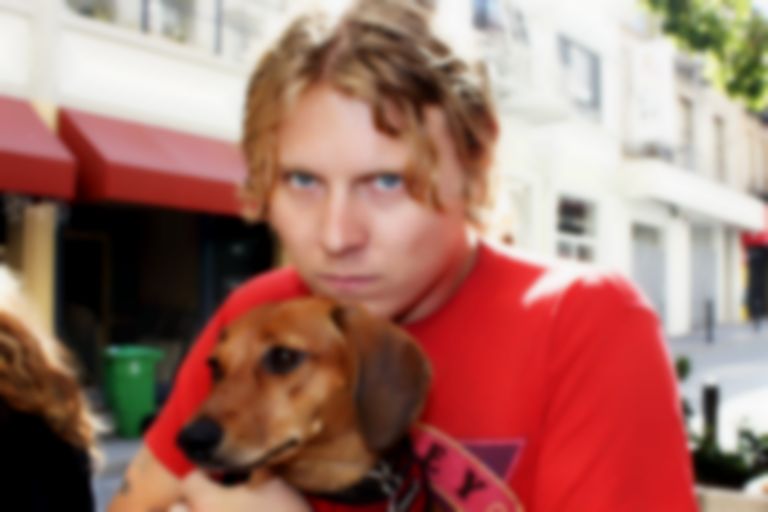 Ty Segall wants to help re-home stray dogs of LA and New York by raising money for animal rescue organisations with a vinyl release of "Fanny Dog", an ode to his loyal canine.

Having originally appeared on Ty Segall's Freedom's Goblin record that dropped back in January, "Fanny Dog" is being released as a vinyl package, complete with the original demo, all to raise money for animal rescue organisations.

The vinyl release will feature three versions of his "Fanny Dog" track, including the original demo, a sketch, and a live version recorded in San Diego.

Ty Segall's vinyl release will be avalable on a picture disc, featuring a yellow dog face painted by Segall, from his acrylic painting 'Goopy Poodle'.

Already this year, Ty Segall has released five albums. Orange Rainbow, which was limited to 55 cassettes, a covers album called Fudge Sandwich, his solo album Freedom’s Goblin, and two collaborative records, one with GØGGS and one with White Fence.

Segall has just announced his sixth album of the year, with his other band The C.I.A., which he plays in with his wife Denee Segall, and the Cairo Gang’s Emmett Kelly.

The Fanny vinyl release will drop on 16 November via Aagoo Records. All proceeds will be donated to animal rescue organisations NKLA and Mighty Mutts. Ty Segall is currently touring the US. Find out more.