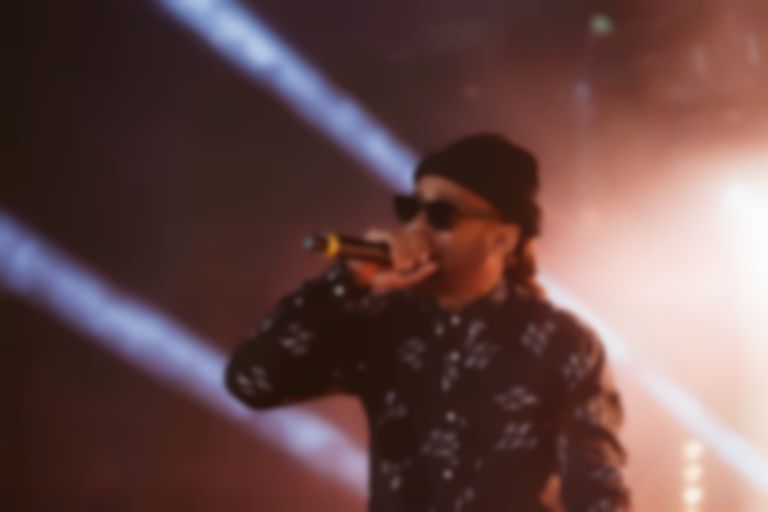 Ty Dolla $ign has revealed that he's been in the studio with James Blake working on new music.

In a new interview with Ebro Darden on his Apple Music 1 show, Ty Dolla $ign has spoken about artists that he'd like to work with in future, and revealed some information about some new music he's been working on.

Despite releasing his new album Featuring Ty Dolla $ign just a couple of weeks ago, Ty Dolla $ign is already looking to the future, and told Darden about some unreleased music he has with James Blake. He said, "I was working with James Blake on some other stuff that we haven’t released yet. I shouldn’t even have said that… but yeah it’s coming guys…"

Elsewhere in the interview, Ty Dolla $ign also confirmed that he's got more music with Kid Cudi on the way, "Cudi… a boss and like one of my favorite artists of all time and every time we lock in it’s been amazing. Shoutout to Cudi. More music on the way as well."

Ty Dolla $ign also spoke about making a collaborative project with Robert Glasper and Terrace Martin. He said, "Me, Robert Glasper and everybody that you just named. Terrace. We all got songs, a lot of them. We got a whole live little thing. It's just me finishing it and putting it out and putting it together and trying to make it top Featuring Ty Dolla $ign. If it's not topping it, then it's not going to come out."

Last month Ty Dolla $ign revealed that while recording SZA's "Hit Different", SZA aligned his chakras by surrounding him with crystals in the recording booth.