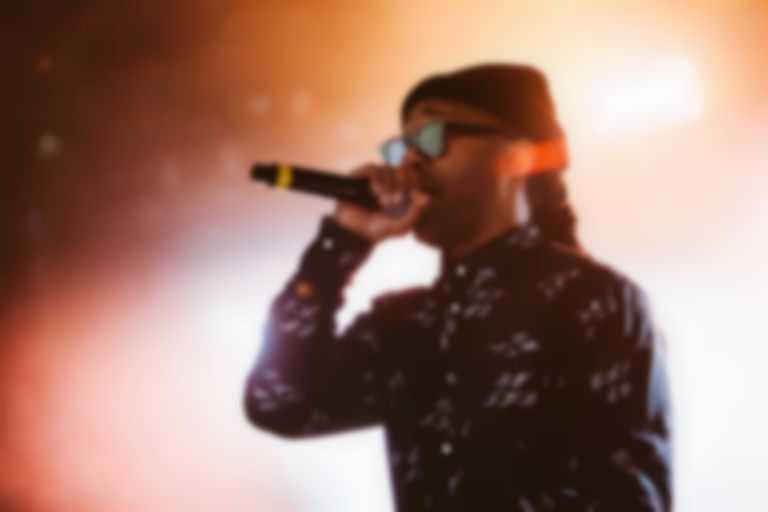 Ty Dolla $ign has revealed that while recording "Hit Different", SZA placed crystals around him in the booth to enhance his performance.

Speaking on The Cruz Show over the weekend, Ty Dolla $ign revealed that SZA aligned his chakras with crystals while recording their recent collaboration "Hit Different".

Ty Dolla $ign said, "Yeah man, it was crazy. Went to Miami thinking I was gonna do a show. The show got cancelled - we still got paid thank god - and we ended up going to the studio. I was supposed to go there with Ant Clemons and Pharrell, but Pharrell had left so Ant was like 'Yo SZA's here she said come through'."

He added, "I go on the booth and she follows me in the booth, and I thought 'that was a first', and she moves me around to like stand in a certain way, she's like 'yo you gotta stand right here this is where the best is gonna come' and I looked down and there's all these crystals on the floor so, she was definitely on some aligning my chakras type vibe. It worked man, song came together in about 25 minutes."

Ty Dolla $ign also spoke about his forthcoming appearance on Ariana Grande's Positions album, which drops on Friday (30 October). He revealed he took his daughter (a huge Grande fan) to the studio with him, and that it "was an honour to work with her".

.@TyDollaSign talks to @TheCruzShow about his @ArianaGrande collaboration, “safety net”:

“The Rascals & Tommy Brown were there...me and Ari wrote the song right there on the spot.” pic.twitter.com/9h8SvSB6Mo