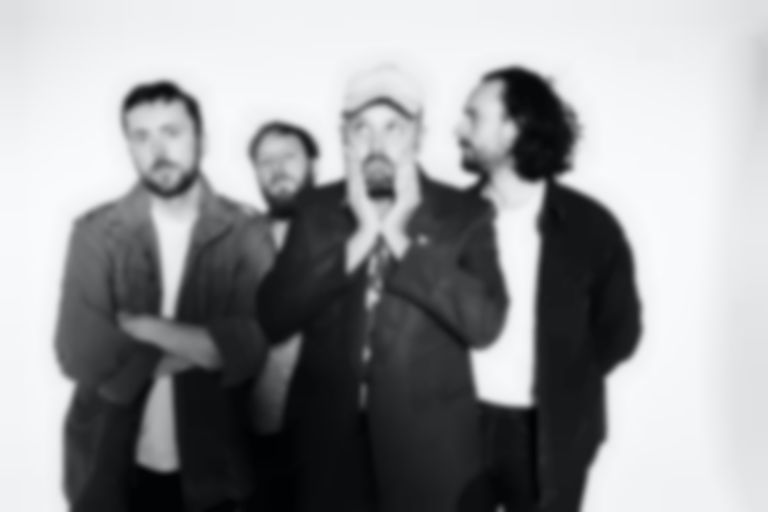 TV Priest are back with new song "Lifesize", which is also the group's contribution to the Sub Pop Singles Club, Vol. 6.

Following the release of their debut album Uppers in February, TV Priest have returned with "Lifesize", which will be released alongside an additional track titled "All Thing" on a 7” single as part of the subscription-only Sub Pop Singles Club Vol. 6.

Frontman Charlie Drinkwater says of the new song, ""Lifesize" is about the worship of the ‘strong man’ image often present in our political and cultural discourse. One where the patriarchal underpinnings of our society and political structure goes unchallenged. After a particularly grueling year, when people have looked to leaders for strength, we’ve found instead empty gestures and contempt. (‘Talk like a salesman, walks like the Pope.’) We don’t need more macho bravado; society needs empathy and compassion."

"Lifesize" is out now. The Sub Pop Singles Club Vol. 6 7" will be released 11 October, and is available to pre-order now. TV Priest will head out on their UK tour on 1 October. Visit tvpriest.com for tickets.