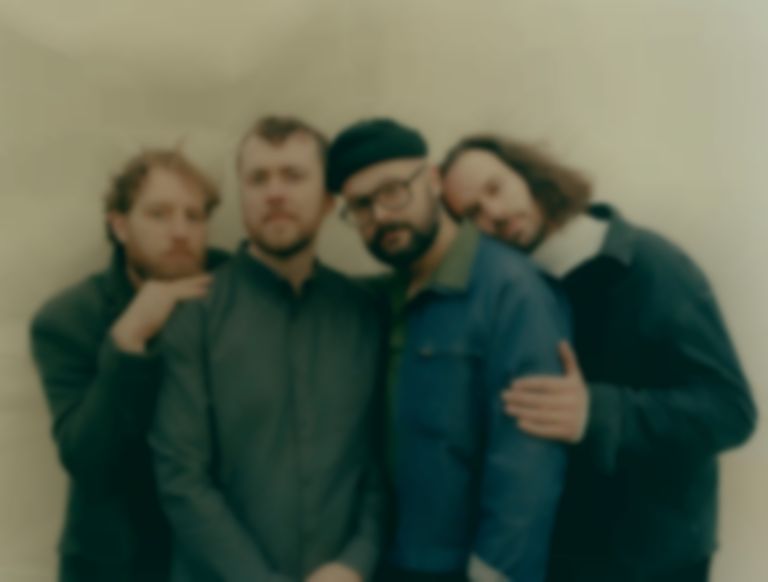 TV Priest have unveiled "It Was Beautiful" as the fourth preview of their upcoming second album My Other People.

"It Was Beautiful" will appear on My Other People with earlier releases "Limehouse Cut", "Bury Me In My Shoes" and "One Easy Thing", and is teamed with a one-shot self-directed video.

Lead vocalist Charlie Drinkwater says of the single, ""It Was Beautiful" is a love song about the past, present, and future. A reminder that love is the most essential thing. The words came fast; it was recorded in a single emotive session, the first song we wrote together after my family had gone through a difficult experience and I think you can hear that in the kind of melancholy euphoria that plays out as the song progresses. In some ways it’s a coda to the whole album; a reminder to guard your hope fiercely."

My Other People will follow TV Priest's 2021 debut album Uppers.

Drinkwater said of their new record in March, "My Other People is a more "open" set of songs, both musically and in our themes; in the process of writing we found ourselves talking about things other than anger or aggression. We wanted to discuss love, loss and joy too. It’s a record about personal disintegration and destruction, but also rebuilding again after this. It’s also heavily rooted in place, the music being a very direct response to Britain and England in 2021, but in a more abstract and textural sense. A muddy field viewed from a train window between cities, a patch of wild flowers growing next to a motorway, sticky carpets in a suburban flat roof pub, pissing rain on an August bank holiday and the smell of diesel in an out of town supermarket car park. An angry, hopeful, shitty, beautiful island."

He added, "Speaking very candidly, it was written at a time and a place where I was not, I would say, particularly well. There was a lot of things that had happened to myself and my family that were quite troubling moments. I apologised to the band the other day for not being a great friend or person in this process, because I simply was not happy. Despite that I do think the record has our most hopeful moments too; a lot of me trying to set myself reminders for living, just everyday sentiments to try and get myself out of the space I was in. Whether or not the sincerity is understood, I think I'll always be proud of that."

"It Was Beautiful" is out now. TV Priest's My Other People album will land via Sub Pop Records on 17 June, and is available to pre-order now. They'll play London's Scala on 10 November. Tickets are on sale now from tvpriest.com.