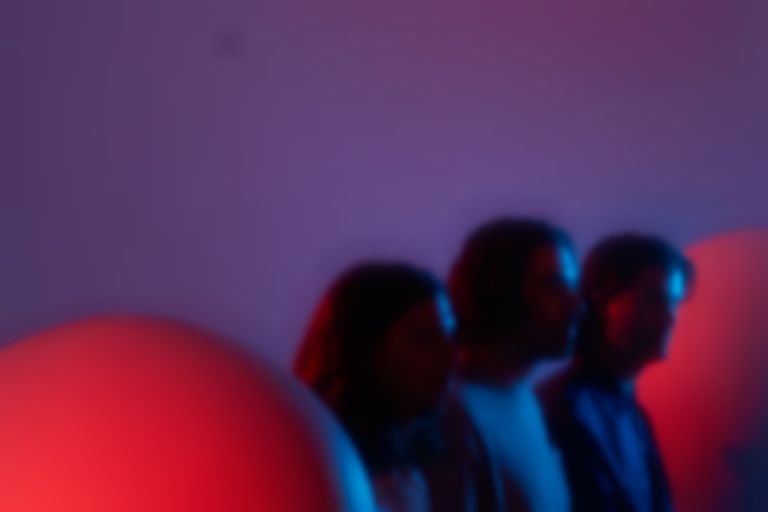 Turnover are back with new offering "Number On The Gate", the fourth single to be lifted from their forthcoming album Altogether.

"Number On The Gate" follows on from "Parties", and last month's lead singles "Plant Sugar" and "Much After Feeling".

Vocalist Austin Getz says the new offering is about "the struggle between trusting people for the sake of new connections and possibilities or staying isolated because it's safer or more comfortable being trapped in a small world. One thing I was really confronted with when moving out to California was leaving my support network and being a stranger in a new place, especially at an age when most people have their group of people that they know and feel comfortable with. Making new friends as an adult has a whole different set of things to think about than when you're young."

Altogether was recorded at Philadelphia's Studio 4 with collaborator Will Yip, and is Turnover's first album since 2017's Good Nature.

The trio currently live on different coasts of the US, but Altogether is their most collaborative effort yet, as Getz says, "Working remotely for the most part, everybody was able to send ideas around on their own schedules, and nobody felt too protective of anything, so the new songs started to reflect each of our personalities more than ever before. Collectively we like everything from jazz to folk, disco to rock and roll, and a lot in between, and it's where we all intersect that things start to feel special. With the three of us and Will all contributing to the writing together, the songs turned out better than anything any of us could have done on our own. That's what makes the experience of being a band really unique as opposed to just one artistic mind."

Getz adds, "Instead of making things more difficult, being far apart helped us learn to appreciate each other even more. As a band, we're closer now than we've ever been before."

"Number On The Gate" is out now. Turnover release their new album Altogether on 1 November via Run For Cover Records. They play London's MIRRORS festival on 2 November. Find out more.